United Kingdom’s Prince William and his wife, Kate, had a baby boy on April 23. Prince William and Kate are known as “the Duke and Duchess of Cambridge”, and their son will be known as “Prince of Cambridge”. The baby is fifth in line to become the Monarch of the United Kingdom. The baby’s great-grandmother, Elizabeth II, is the current Queen of the country. The baby’s grandfather, Prince Charles, is next in line, followed by the baby’s father. Next is the baby’s older brother, 4-year-old Prince George, his sister, 3-year-old Princess Charlotte, and then the baby. The baby has been named Louis Arthur Charles. The monarch of the United Kingdom is the head of state, and the prime minister is the head of government.

The baby’s title is “His Royal Highness Prince Louis of Cambridge”, and he already has a Wikipedia page. 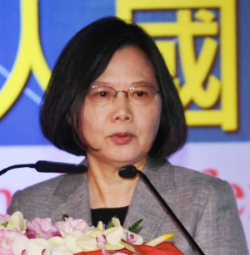 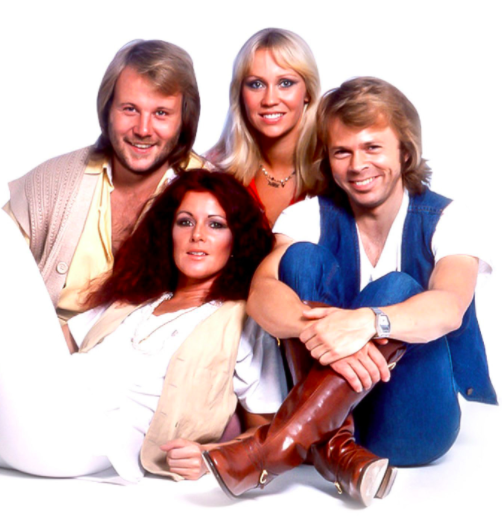 For all you ABBA fans, there is exciting news. The group has gotten together after some 35 years and recorded two new songs. ABBA is a Swedish music group with 4 members: Björn, Benny, Agnetha, and Anni-Frid. They became very famous around the globe after they won Europe’s music competition Eurovision in 1974 with the song ‘Waterloo’. Over the years, the group had many hits including ‘The Winner Takes It All’, ‘Mamma Mia’, ‘Money, Money, Money’, and ‘Knowing Me, Knowing You’. In 1982, the group decided to take a break. In 1999, a musical ‘Mamma Mia!’ was made based on ABBA’s music.

You can watch ABBA’s Waterloo here.

The world’s oldest known person, Nabi Tajima, recently passed away. She was 117 years old. Tajima was the last living person born in the nineteenth century – she was born in 1900, the last year of that century. Chiyo Miyako, a 117-year-old Japanese woman (image), is now the world’s oldest person. She was born on May 2, 1901. The world population has grown by over 5 billion during her lifetime.

The monarch of Swaziland has changed his country’s name to eSwatini. He made the change as part of the celebrations for 50 years of independence. The nation was ruled by the British and gained its independence in 1968. Another reason for the name change was to avoid confusion with the nation Switzerland. ESwatini is an absolute monarchy with King Mswati III as the leader. He has been the king since 1986. He has 13 wives. If you think that’s a lot, his father had about 125.

If you see some stormtroopers or Darth Vaders running around on May 4, it’s because Star Wars fans are celebrating. Many people consider one of two days (May 4 or May 25) as “Star Wars Day”. May 25 is celebrated because the first Star Wars movie was released on this day in 1977. May 4 is celebrated because fans picked up a popular phrase from the movie series, “May the force be with you”, and now say “May the fourth be with you”.

A civil war has been going on in Syria for the last 7 years. It started in 2011 when Syrians began protests against their president. Assad, who had been the country’s president for over 10 years at the time, refused to step down. He used force against the protesters. Rebel groups formed and started fighting against the government. The fight is still going on. Assad has support from Russia and Iran. Some of the rebels are supported by the United States, the United Kingdom, France, and other nations. The town of Douma was under the control of rebels.

Chemical weapons are chemical substances that are produced to kill or hurt people, and are often delivered through devices such as bombs. Chemical weapons were used in Syria in 2013 killing more than a thousand people. The Syrian government was blamed for it, though Assad denied it. They were also used a year ago, and the United States had launched a missile attack on Syria then as well.

Time Magazine published its annual list of the 100 most influential people in the world called TIME 100. The leaders of China, United States, North Korea, Canada, Bangladesh, Japan, and France were all on the list. The CEOs of Microsoft, Tesla, and Amazon were on the list. The figure skater Adam Rippon, “Me Too” movement founder Tarana Burke, tennis player Roger Federer, snowboarder Chloe Kim, television host Trevor Noah, actress Millie Bobby Brown, and cricketer Virat Kohli were also on the list.

Cuba has a new president, and it’s not a “Castro”. Miguel Díaz-Canel, the country’s first Vice-President, has become the president. He is 58 years old, and in the past has also held the position of minister of higher education.

Cuba has been led by one of the Castro brothers for almost 60 years. Fidel Castro took over as Cuba’s leader in 1959. He was one of the longest ruling leaders in modern times, and led the nation for 49 years. He believed in communism, where the government owns all property and controls jobs and education. Fidel wanted to provide Cubans with the best education and health care system that was free for all. Today, Cuba has one of the highest literacy rates in the world – out of 1,000 people, only 2 are uneducated. Fidel was not kind to people who opposed him. Many who disagreed fled Cuba or were put in jail.

In 2006, Fidel passed the presidency on to his brother Raúl Castro because of health problems. Raúl is now 86 years old, and has chosen to step down.

Cuba is an island nation in the Caribbean Sea. It is separated from the United States by just about a hundred miles (about 160 km). Cuba and the United States did not get along under the rule of Fidel. The US broke off diplomatic ties with Cuba in 1961. Not only that, in 1961 and 1962, the United States tried to overthrow Fidel from power, but did not succeed. The U.S. government placed trade restrictions with Cuba, which hurt the Cuban economy. Under Raúl’s leadership, in 2014, the two countries made some efforts to becoming friends again.

Here is a video about the US and Cuba’s history.

During the time that Fidel Castro was the leader of Cuba, the United States went through 10 presidents, and the James Bond movies went through 7 actors.

Christopher Columbus arrived in Cuba in 1492, and claimed it as a Spanish territory.

A new Star Wars film is coming out in theaters on May 25. It is called “Solo: A Star Wars Story”. The movie is about Han Solo’s journey. Solo meets his copilot Chewbacca and comes across the gambler Lando Calrissian. A trailer was recently released for the film, and you can watch it here.

Saudi Arabia held its first ever women’s cycling race on April 10. It was a 10 km (6 miles) race, and 47 women took part. The race was held in Jeddah, the second largest city in Saudi Arabia after the capital Riyadh.

Women don’t have the same rights as men in Saudi Arabia. There are a bunch of cannot do’s for women. However, the country has been making changes in recent years. Infact, women’s cycling was legalized in the country in 2013. Women are allowed to bike only in parks or on beaches when a male guardian is present.

On the other hand, most women still cannot leave the country, get a job, marry, or divorce without the permission of their male guardian (who is their father, husband, brother, or son). When Saudi women go outside their homes, they are required to wear a hijab and an abaya.