The United Nations Human Rights Office recently announced that the situation of the Rohingya people is of grave concern. The rate of violence against the Rohingya in Myanmar has gone down, however, it still persists. The remaining Rohingya people are still being forced out of their homes in Myanmar and into Bangladesh.

The Rohingya are a Muslim minority group who live in the nation Myanmar. The government of Myanmar doesn’t consider them to be citizens even though many of them were born there and have lived there for many generations. It considers the Rohingya to have illegally come from the neighboring country of Bangladesh and doesn’t offer much support for them. The group has been discriminated against for many years. Over time, some Rohingya people have left their homes and run away from Myanmar because of terrible living conditions or fear for their lives.

In August of last year, the situation in Myanmar intensified. The nation’s troops and some locals started killing the Rohingya in large numbers, causing an exodus of people. In the last 7 months, about 700,000 have fled Myanmar into Bangladesh. With such a large population entering Bangladesh, it has been hard for the nation to accommodate all the people. There isn’t enough shelter, food, water, and medicine for them.

Myanmar, also known as Burma, received its independence from the United Kingdom in 1948. From 1962 until 2010, Myanmar was ruled by military governments. In the last few years, Myanmar has been going through changes and is moving towards becoming a more democratic country. Almost 90% of Myanmar’s population is Buddhist, and about 4% is Muslim. 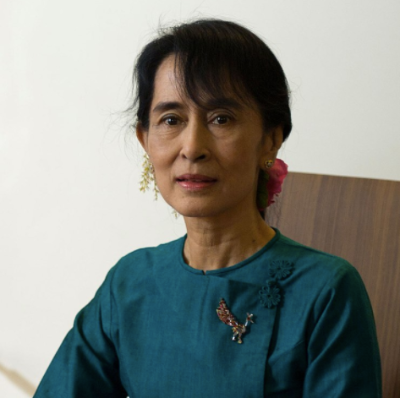 Aung San Suu Kyi is a very famous leader of Myanmar known for peacefully protesting the military regime that was ruling Myanmar. She fought for freedom and human rights in the country. She has now become part of the nation’s government. Suu Kyi has been awarded many prizes including the Nobel Peace Prize in 1991 and the Elie Wiesel Award in 2012. On March 6, the Elie Wiesel Award was taken away from her because she has not said or done anything to help the Rohingya people.