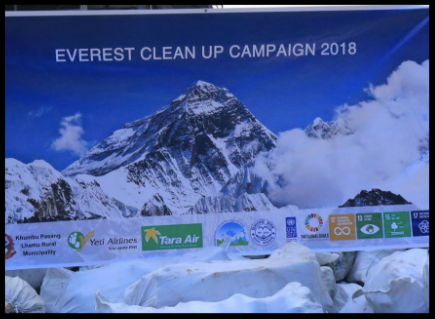 Mount Everest has the title of the highest point on Earth. In recent times, it is also being called the world’s highest garbage dump. In the last 65 years, over 5,000 people have successfully climbed Mount Everest, and many more have made the attempt. They have left behind an estimated 100,000 kg (220,000 lb) of trash including oxygen tanks, water bottles, poop, food wrappers, and much more. The Nepali government has a rule where every climber that goes above the Everest Base Camp (which is at an approximate height of 5,300 m or 17,380 ft) has to come back with 8 kg (18 lb) of trash. However, there still is plenty of trash on the mountain. 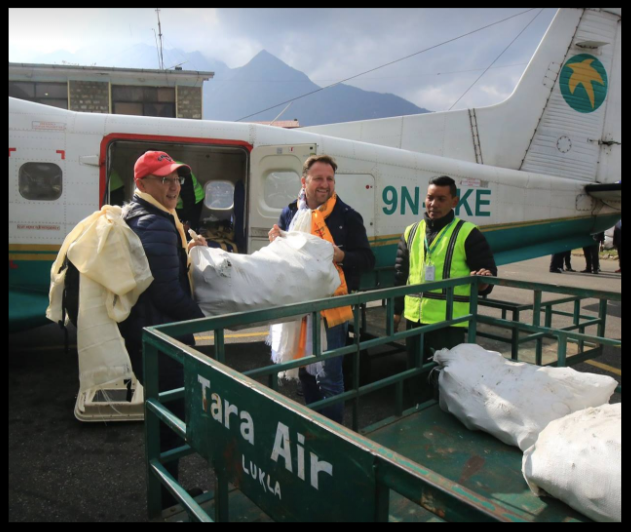 The government of Nepal is on a mission to clean up the mountain. Sherpas have been collecting non-burnable waste, stuffing them into bags, and carrying them on yaks. These sacks of garbage are being flown on little planes to Kathmandu, Nepal’s capital, where the trash is recycled.

Sherpas are a group of people who live in the mountainous region of Nepal. Some of them work as mountain guides who help people climbing the mountain by carrying their stuff, helping put up tents, cooking food, and also fixing ropes on the mountain that the climbers use.

Mount Everest sits on the border between Nepal and China and has a height of 8,848 m (29,029 ft). The first two people to climb its peak were Edmund Hillary (from New Zealand) and Tenzing Norgay (from Nepal) on May 29, 1953.  May is considered one of the best months to climb to the top of Mount Everest, and on a day with good weather, there can be a human traffic jam in certain sections of the climb.