Lawyers of both Chile and Bolivia are presenting their cases to the International Court of Justice (ICJ) this month. A few years back, Bolivia had filed a case against Chile at the ICJ asking for land access to the Pacific Ocean. Currently, Bolivia is a landlocked country. However, this wasn’t always the case. 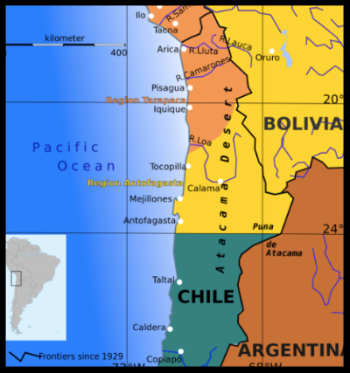 Chile and Bolivia are two neighboring countries that lie on the western side of South America. Both countries were colonies of Spain. Chile got its independence in 1818 and Bolivia in 1825. In 1879, Chile declared a war on Peru and Bolivia. The war was known as the War of the Pacific. Before the war, Bolivia had a coastline along the Pacific Ocean of nearly 240 miles, separating Chile and Peru. By the time the war ended (1883), both Peru and Bolivia lost parts of their land to Chile. Bolivia lost the land that gave it access to the Pacific Ocean, making Chile and Peru neighbors. In the image, boundaries before the War of the Pacific are colored and after are marked by black lines. 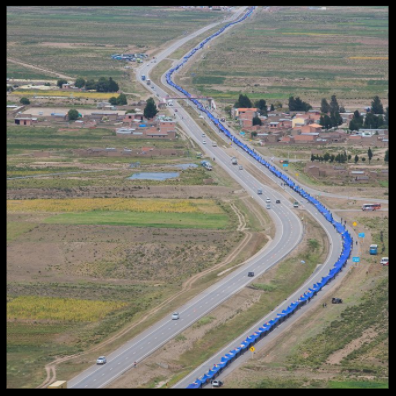 To show support for Bolivia’s request to the ICJ, thousands of Bolivians gathered to hold a blue flag. It was no ordinary flag, it measured about 200 km (124 miles) in length.