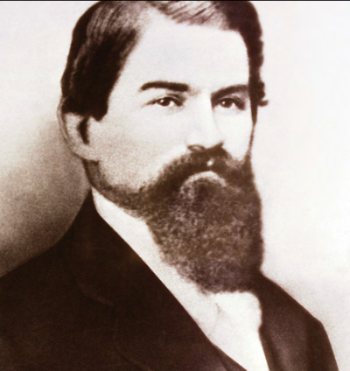 Coca-Cola was invented in the United States in 1886 by a pharmacist named John Pemberton (image). Pemberton initially sold the drink for medicinal purposes, and claimed that it cured a few diseases. A man called Asa Candler bought the formula of the drink and went on to create the Coca-Cola Company in 1892.

Here is a video about this news story.

A 12-ounce can of Coke contains over 9 teaspoons of sugar.