The Best FIFA Football Awards were held on October 23 in London, the capital of the United Kingdom. Lieke Martens, a 24-year-old from the Netherlands, won The Best FIFA Women’s Player 2017. She plays for FC Barcelona and the Netherlands national team. 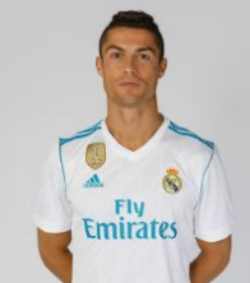 Cristiano Ronaldo, a 32-year-old from Portugal, won The Best FIFA Men’s Player 2017 Award. He won the same award last year as well. Ronaldo plays for the Real Madrid football club and for the Portugal national team. Ronaldo is nicknamed CR7. He used to play for United Kingdom’s football club called Manchester United. He wore the number 7 shirt there and does so now as well while playing for Real Madrid. His parents named him after Ronald Reagan, the American actor and former president.

There were other awards as well including The Best FIFA Fan Award. This award went to the Celtic supporters.  Here is a video showing the Celtic fans and here is another about Ronaldo.