The 2017 Nobel Prizes were recently awarded. The Nobel Prize is an international award that is given every year to individuals who have made a discovery that significantly impacts mankind. The awards are given in the fields of Physiology or Medicine, Chemistry, Physics, Economics, Literature, and Peace. It is one of the highest honors an individual can receive in each of these fields.

The Nobel Prize in Physiology or Medicine went to Jeffrey Hall, Michael Rosbash, and Michael Young (all born in USA) for their discoveries that explain how humans and other living things adapt to the changes in a day. Our planet revolves around its axis, and we have day and night. These scientists figured out a gene that controls the daily biological clock which regulates our sleep patterns, feeding behavior, body temperature, and so on.

The Nobel Prize in Physics went to Rainer Weiss (born in Germany), Barry Barish (born in USA), and Kip Thorne (born in USA) for their work that led to the observation of gravitational waves. In 2015, for the first time ever, scientists detected gravitational waves that were predicted by Albert Einstein’s general theory of relativity in 1915 (that’s a hundred years ago). The waves that were observed were generated when two black holes collided and merged 1.3 billion years ago.

The Nobel Prize in Chemistry went to Jacques Dubochet (born in Switzerland), Joachim Frank (born in Germany), and Richard Henderson (born in the UK) for the development of cryo-electron microscopy. This technique allows scientists to freeze molecules during movement, and visualize the processes that are going on. This has helped gain knowledge about the basic materials of life.

Kazuo Ishiguro (born in Japan) won the Nobel Prize in Literature. He is an author and has written 8 novels in English and other works. Some of his famous books are “The Remains of the Day” and “The Buried Giant”.

Richard Thaler (born in USA) won the Nobel Prize for Economics for his work in explaining how people’s economic decisions are based on their psychology. He has shown three traits that impact a person’s financial decision making – limited rationality, social preferences, and lack of self-control. His work has had an impact on economic policies.

The organization International Campaign to Abolish Nuclear Weapons (ICAN) won the Nobel Peace Prize for its efforts to prevent the use of nuclear weapons and to remind us of the consequences of using such weapons. Nuclear weapons can cause tremendous amounts of destruction to all life on our planet. ICAN has worked with nations around the globe to come up with international agreements that help the world get rid of these weapons. There are almost 15,000 nuclear weapons on our planet and all are owned by 9 countries (United States, Russia, United Kingdom, France, China, Israel, India, Pakistan, and North Korea). ICAN is a coalition of non-governmental organizations in one hundred countries, and was officially launched in 2007. 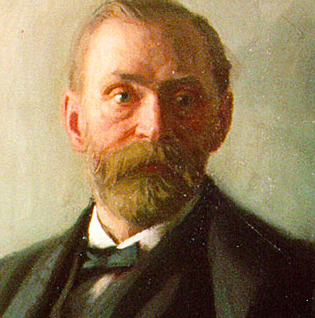 The Nobel Prizes were started by Alfred Nobel, a Swedish businessman, chemist, and inventor. Nobel was born in 1833 in Stockholm, the capital of Sweden. He studied chemistry. He wanted to create an explosive that could be used to blast rock while doing construction work. In 1867, he invented dynamite. That invention made him very rich. He died on December 10, 1896, and in his will, he left a chunk of his wealth to be used for rewarding people who do work to help mankind. This led to the creation of the Nobel Prizes in 1901.

Here are 3 videos. The first explains the physics award, the second the chemistry award. The last is about Alfred Nobel.

The Ig Nobel Prizes are given out each year in the United States for ten unusual or trivial achievements in scientific research. The aim of the prizes is to “honor achievements that make people laugh, and then think.” Here are some of the prizes awarded this year in September.

The Economics Prize was given for “experiments to see how contact with a live crocodile affects a person’s willingness to gamble”.

The Physics Prize was given for “using fluid dynamics to probe the question – Can a Cat Be Both a Solid and a Liquid?”

The Anatomy Prize was given for “a medical research study on why old men have big ears”.

The Fluid Dynamics Prize was for “studying the dynamics of liquid-sloshing, to learn what happens when a person walks backwards while carrying a cup of coffee”.

The Peace Prize was given for “demonstrating that regular playing of a didgeridoo is an effective treatment for obstructive sleep apnoea and snoring”.

And there were more!