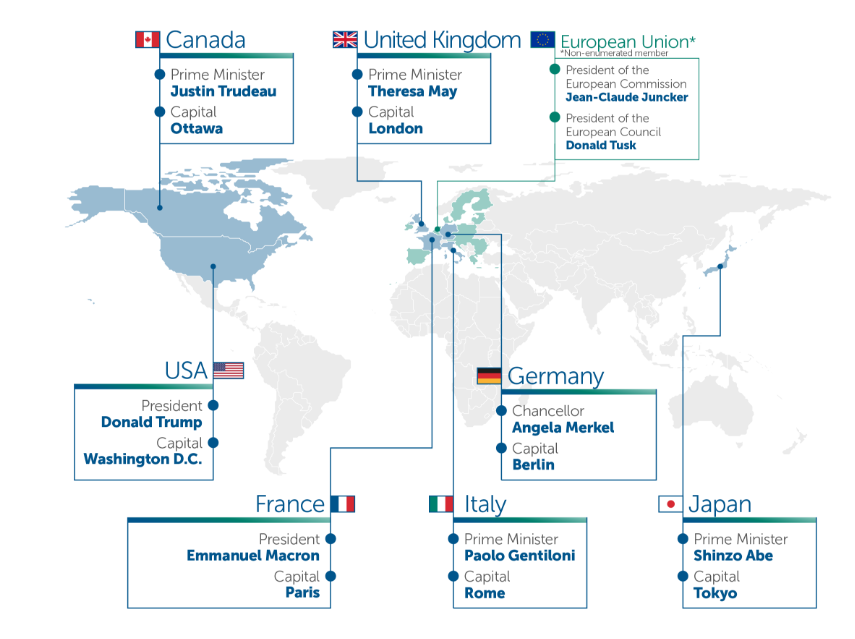 The G-7 summit was held in Sicily, Italy on May 26–27. It is a meeting of leaders from seven powerful countries around the globe. These countries are Canada, France, Germany, Italy, Japan, United Kingdom, and the United States. The presidents of the European Union Council and the European Union Commission also participate in the meetings. Some of the issues discussed at the summit were terrorism, climate change, gender equality, trade, and global economy.

The G-7 was started in France in 1975. There were only six members then, and sure enough, it was called the G-6. The addition of Canada made it the G-7, and Russia bumped it to the G-8. In 2014, the membership of Russia was suspended. This was because of Russia’s actions in Ukraine, where Russia took over a region of the country called Crimea. Now it is back to being G-7. The group meets every year.