There is a massive crack that has been getting longer on the Larsen C Ice Shelf in Antarctica. The crack is about 175 km (108 mile) long. If it grows by just another 20 km, scientists expect a gigantic chunk of ice to break off creating one of the largest icebergs ever recorded. 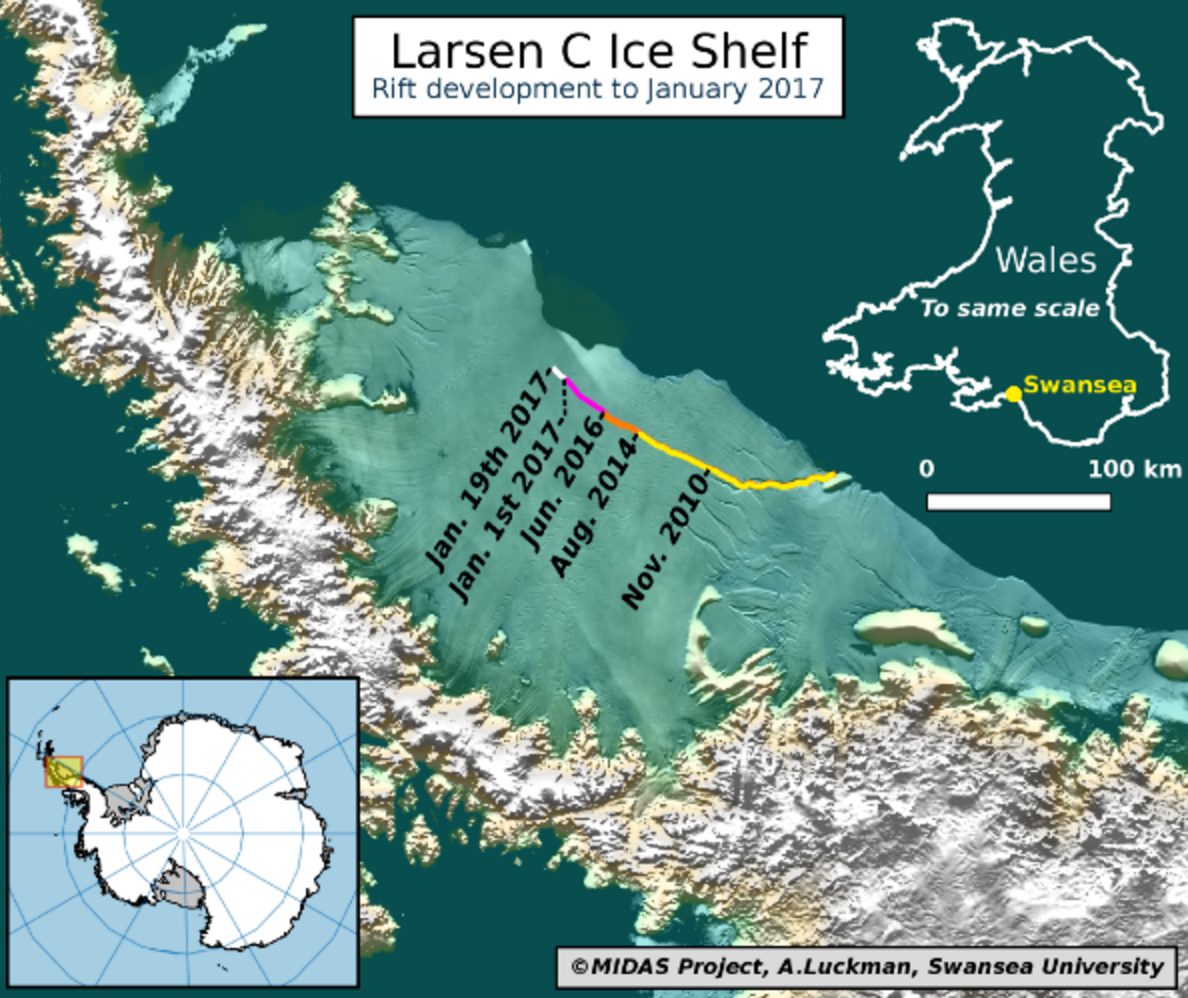 An ice shelf is a sheet of ice that floats on water and is connected to a landmass. It forms when a large mass of ice slides from land into water. When a part of an ice shelf breaks off, it doesn’t increase the sea level because the ice was already floating in water. An iceberg is a large chunk of ice that breaks off from a glacier or an ice shelf and floats freely in water. Typically, only a small percentage of an iceberg is above water, and a large chunk of it is underwater. This makes it difficult to really say how big or what shape the whole iceberg is by just looking at what is sticking out of the water. This has led to the phrase “tip of the iceberg”, which means a small part of something that is larger but it is unclear how large it might be. 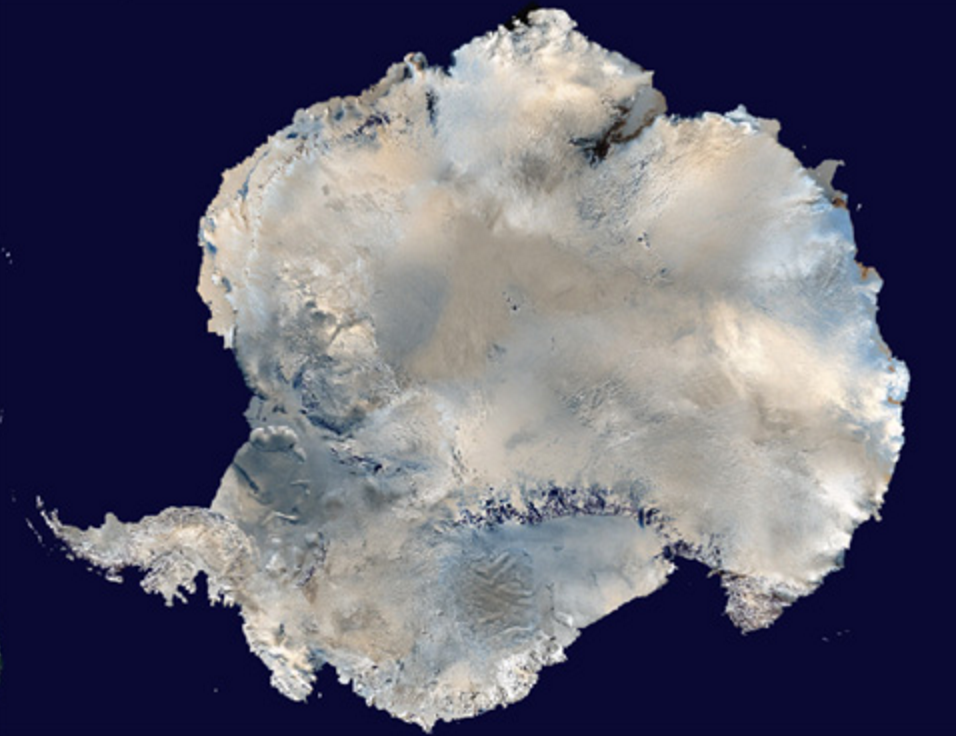 Antarctica is a continent owned by no nation. It is shared by many countries for scientific research, and it covers the Earth’s South Pole. Antarctica is the coldest place on Earth with the coldest temperature ever recorded of -135.8F in 2010. It is also the biggest desert in the world! Wait, but isn’t Antarctica cold and doesn’t it have a lot of ice? Yes, but the definition of a “desert” is an area where it hardly ever rains or snows or hails.

Here is a video about this news story and another about icebergs.

The Norwegian explorer Roald Amundsen was the first person to reach the South Pole in 1911.

Ants live on every continent on Earth, except for the one whose name begins with the word “Ant” – Antarctica!

A passenger ship called the Titanic sank in the Atlantic Ocean after hitting an iceberg in 1912. The ship was headed from the United Kingdom to the United States. Here is a video about the Titanic.