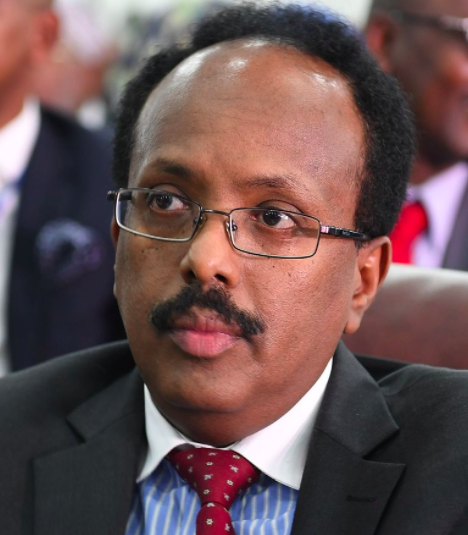 Mohamed Abdullahi Mohamed has been elected as Somalia’s new president by the country’s parliament. He was a former prime minister of the country (2010 to 2011). His nickname is Farmajo, which comes from the Italian word formaggio for cheese. He has dual Somali-American citizenship. The members of parliament who elected the president were also recently elected. They were chosen by some respected elders in the country. The elections were held at an airport complex in the country’s capital Mogadishu. The area is considered the safest and most secure place in Somalia. It is guarded by many troops.

Somalia has had an ongoing civil war, and has not had an effective government for over 25 years. The country was created by joining two territories governed by the United Kingdom and Italy in 1960. In 1991, the different clans in Somalia overthrew the government of the country that had ruled for over 20 years. Different groups started fighting to gain control. In 2004, a government was put in place in Somalia with help from the international community. There have been multiple presidents, but Somalia’s government has not been able to get control over the whole nation. Parts of southern Somalia are controlled by a group called al-Shabab. This group is a big threat to the government of Somalia.

War is not the only thing Somalia has suffered. There have been serious food shortages in the country caused by droughts.

Somalia is part of a region called “Horn of Africa”.