Trump says that his goal in issuing this order is to protect the United States from terrorists. Trump recently took on the role as President of the United States. He wants to give the government time to figure out if the correct security checks are in place to make sure that a terrorist isn’t given entry into the country. This new order has upset many people around the world. They say that not all terrorists come from these 7 nations nor are they all refugees. However, there are also many people who side with Trump in saying that this is a good thing for America. 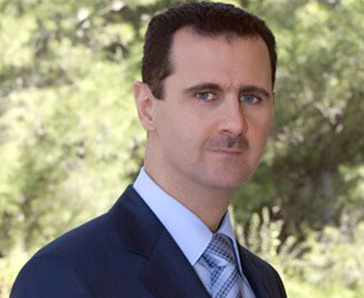 Refugees are people who have been forced to leave their country in order to escape war, persecution, or natural disaster. An ongoing civil war in Syria has made millions of Syrians leave their homes and country in recent years. The war has been going on for almost 6 years. It started as a fight between rebel groups and the Syrian government. The rebels wanted the Syrian President Bashar al-Assad to step down, and he refused. Assad has now been the country’s president for over 16 years. Another group called the Islamic State (IS) also joined the fight. The IS is fighting both the rebels and Assad’s troops. The United Nations Refugee Agency estimates that over 4 million people have fled Syria since the war started. Here is a video about the civil war (the video is a few years old).