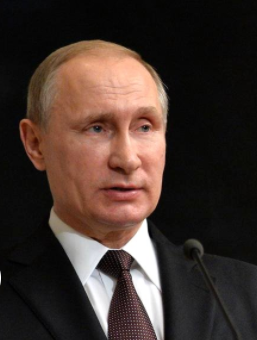 Forbes, an American magazine, published its annual list of the “World’s Most Powerful People” for 2016. The number one spot went to the Russian President Vladimir Putin (image) followed by the American President-elect Donald Trump. German Chancellor Angela Merkel was third on the list and Chinese President Xi Jinping had the fourth spot. The leader of the Catholic Church Pope Francis was fifth on the list. Putin has held the top spot for four years in a row now. This year, there are 74 slots on the list. Why 74, you might ask? Earth’s population is approximately 7.4 billion, so the list has one slot for every 100,000,000. You can view the list here.

Forbes has been publishing this list since 2009. There were 67 slots on the list in 2009 as the population of the world around that time was about 6.7 billion.

President-elect Donald Trump is going to take on the role of President of the United States on January 20.