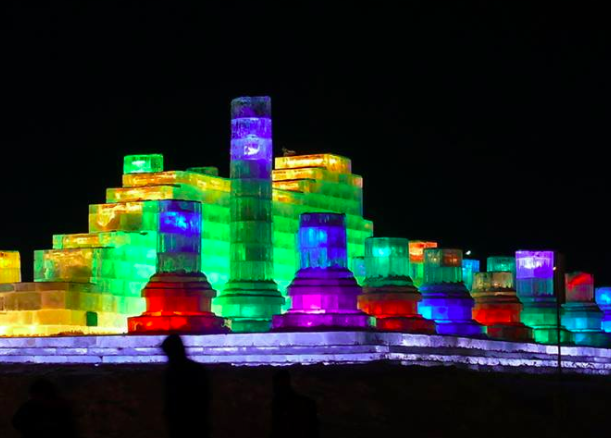 The 33rd Harbin International Ice and Snow Festival is going on in Harbin, China. It started on January 5 and will last for over a month (depending upon the weather). It is one of the largest ice and snow festivals in the world. There are life-sized buildings carved out of ice that are lit up with colorful lights. It looks like a magical land of fairy tales with castles, statues, and ice slides. Harbin is nicknamed “City of Ice”, and there is a good reason for that. The average daily high temperature for the month of January in Harbin is -13 °C (9 °F). Brrr – that’s cold!

Another famous snow festival is about to start in February. It is called the Sapporo Snow Festival and is held annually in Japan.

The world’s first ice hotel was built in Jukkasjärvi, Sweden and is called “ICEHOTEL“. An ice hotel is built every year from ice and snow when it is cold enough. When the weather warms up, the hotel melts away.