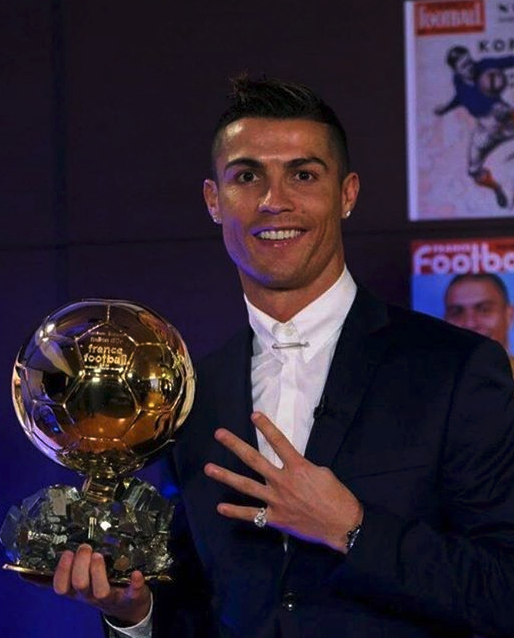 Cristiano Ronaldo, a 31-year old from Portugal, won the Ballon d’Or 2016 Award (the best male soccer player). He won the Ballon d’Or award in 2008, 2013, and 2014 as well. Ronaldo plays for the Real Madrid football club and for the Portugal national team. Ronaldo is nicknamed CR7. He used to play for United Kingdom’s football club called Manchester United. He wore the number 7 shirt there, and does so now as well while playing for Real Madrid. His parents named him after Ronald Reagan, the American actor and former president. You can watch a video about Ronaldo here.