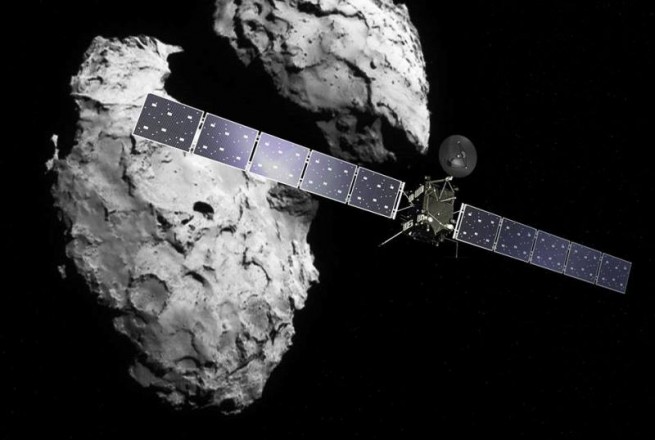 The spacecraft Rosetta ended its mission on September 30 by setting a course to crash into the comet 67P/Churyumov-Gerasimenko. Twelve years ago, the mothership Rosetta with its robot lander Philae were sent into space. After a 10-year journey, they arrived near the comet 67P. Rosetta (image) and Philae orbited the comet. Philae made the trip down to the comet’s surface in 2014. Meanwhile, Rosetta orbited the comet for over 2 years gathering images and information. Rosetta’s impact with the comet brings an end to Rosetta and Philae’s mission. 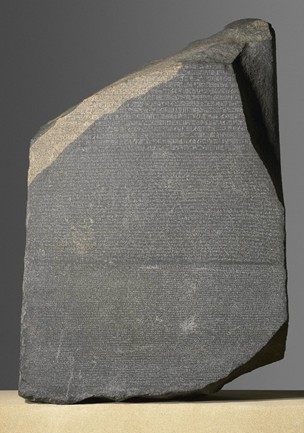 Rosetta was named after the Rosetta Stone (image), a stone from Ancient Egypt with part of a message written in three different scripts (hieroglyphic, demotic, and Greek). The message on the Stone provided a key to figure out the hieroglyphic script.

The mission was named so because data collected by Rosetta is helping us unlock the mysteries of how comets and the Solar System formed.

Here are two videos about Rosetta (the spacecraft).