JetBlue became the first U.S. airline to have a regularly scheduled commercial flight between the United States and Cuba in more than 50 years. The first flight took off from Fort Lauderdale, Florida, USA to Santa Clara, Cuba on August 31. This was another step between the two nations in trying to resolve their differences. 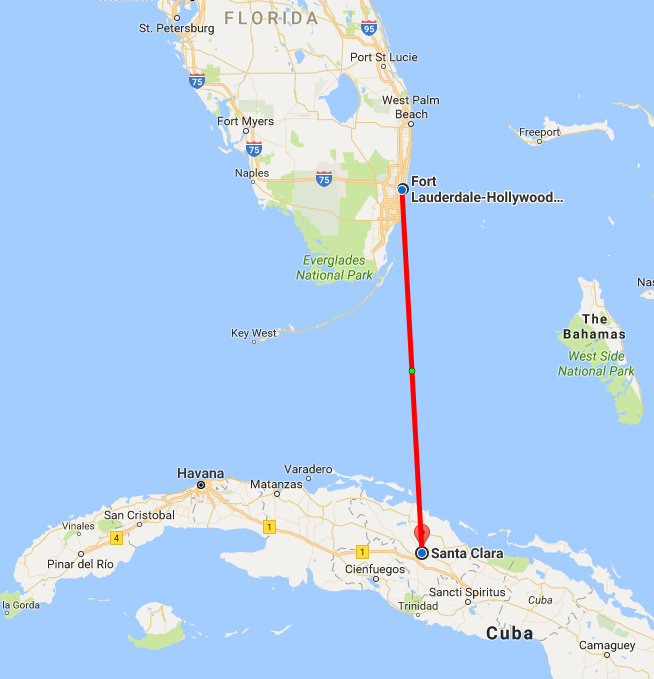 In 1961 and 1962, the United States even tried to overthrow Castro (image) from power in Cuba, but did not succeed. In 1962, the U.S. government realized that the Soviet Union was building missile bases in Cuba. This tremendously upset the U.S.. Eventually, the U.S. and Soviet leaders struck a deal. The Soviet Union removed its missiles from Cuba, and the U.S. removed its missiles from Turkey. The U.S. government placed trade restrictions with Cuba, which hurt the Cuban economy. Since December 2014, the two countries are making an effort to become friends again.

Cuba is an island nation in the Caribbean Sea. Christopher Columbus (image) arrived in Cuba in 1492, and claimed it as a Spanish territory. The U.S. helped Cubans get their independence from Spain in 1898. Cuba was under the U.S. for a brief period of time, and became an independent nation in 1902. A game Cubans love to play is dominoes. Many people gather and set up tables on the street to play the game. Here is a video about Christopher Columbus.