The European Space Agency has finally found its spacecraft called Philae. In one of the images taken by the spacecraft Rosetta, Philae can be spotted hidden in a dark crack. What exactly are Philae and Rosetta and where are they?

Twelve years ago, the mothership Rosetta with its robot lander Philae were sent into space. After a 10 year journey, they arrived near the comet 67P/Churyumov-Gerasimenko. Rosetta (image) and Philae orbited the comet and figured out a good landing spot on it before Philae made the trip down to the comet’s surface. In November 2014, Philae became the first spacecraft to ever land on a comet.

However, Philae’s landing wasn’t smooth. The spacecraft bounced, flew for 2 hours, and was lodged in a different location. Scientists had an idea of where Philae (image) might be, but weren’t sure of the precise location. Philae’s batteries ran out, and all communication was lost within three days of the landing. Philae woke up in June and July of last year to briefly communicate. And that was the last anybody has ever heard from Philae. 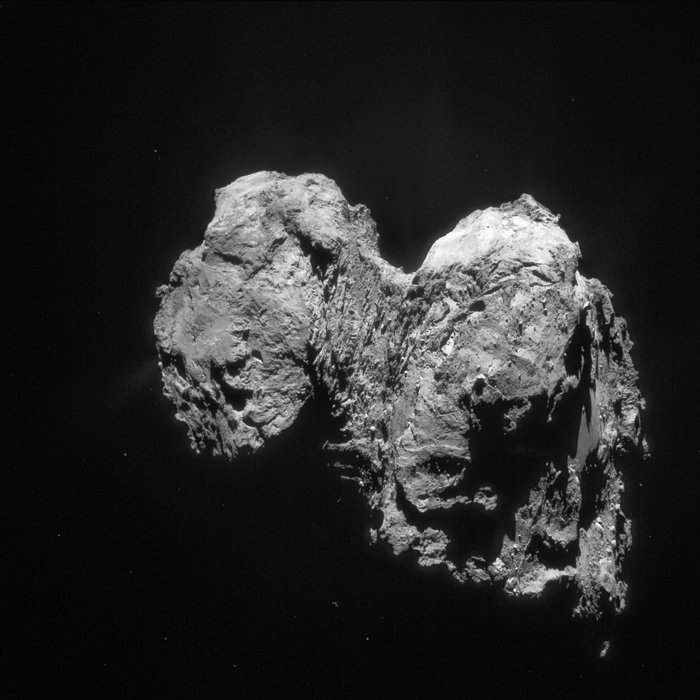 Meanwhile, Rosetta has been orbiting the comet (image) this whole time and gathering images and information. It is scheduled to make a landing on the comet as well at the end of this month. This will bring an end to Rosetta and Philae’s mission.

Here are 3 videos explaining Philae and Rosetta’s mission. You can get more visuals by visiting these links – “Where is Rosetta” and “Rosetta’s comet”.