Kepler, an American spacecraft with a very powerful telescope, has verified 1,284 new exoplanets. This brings the total number of verified planets to over 3,200. An exoplanet is a planet outside our solar system that orbits some star other than the Sun. Out of these newly verified exoplanets, 9 have been identified as being in orbit in their star’s “Goldilocks Zone”.

Umm, what does that mean? Remember the story of Goldilocks and the Three Bears? Goldilocks doesn’t like the soup that is too hot or too cold; she likes the one that has just the right temperature. She doesn’t like the bowl that is too big or too small; she likes the one that is just the right size. If a planet is in the “goldilocks zone”, it implies that it has just the right size, temperature, and distance from its star to be in the “habitable zone” or, in other words, to support life on it. Most scientists believe water is needed to have life on a planet, and therefore, they look for planets which could contain water. 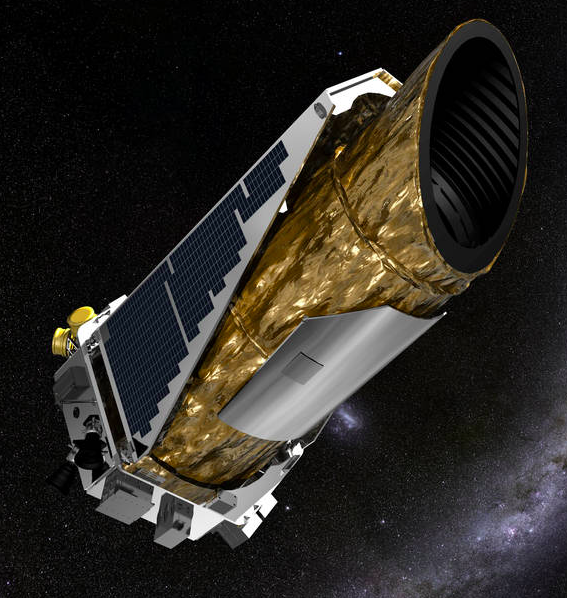 Kepler’s mission is to find planets where life could exist. Kepler took off from the United States in 2009. It is trying to find Earth-size planets around other stars that might have temperatures similar to Earth and might have liquid water. To find such planets, Kepler watches stars in certain regions in our galaxy. When a planet passes in front of its star, there is a small decrease in the brightness of the star. By observing these decreases, Kepler can determine the presence of a planet, the time the planet takes to orbit the star, the mass of the planet, and even its temperature. This provides a good indication of whether or not the newly discovered planet is Earth-like or not.

Kepler is named after the German astronomer and mathematician Johannes Kepler, who died in 1630.

Here is a video showing the brightness of a star when a planet passes in front of it.