The Olympic torch was lit at a ceremony in Olympia, Greece on April 21, and began its journey to Brazil, where the 2016 Summer Olympic Games will begin starting on August 5. The torch was lit in the traditional way of using a parabolic mirror to focus the sun’s rays. The torch is first being carried across Greece for 6 days. It’ll then make its way to Brasília, the capital of Brazil. It will be carried all over Brazil relay-style by 12,000 people. It will cover a very large distance since Brazil is the fifth largest country in the world. The torch’s last stop will be in Rio de Janeiro for the opening ceremony of the Olympic Games on August 5. 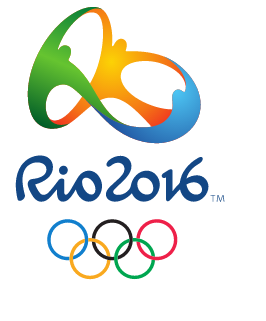 Before each Olympics, the flame is lit in Olympia, the home of the modern Olympics, and is carried to the place hosting the games that year. This tradition has been going on since 1936, soon after the Olympic flame itself was introduced in 1928. The flame is sometimes transported using planes and boats, and has also been carried on camels and canoes. In 1976, the flame was carried by a radio signal, when it jumped from Greece to Canada using a radio-triggered laser. It has also made its way to the top of Mt. Everest (2008) and even higher to the International Space Station orbiting Earth (2014). It has also gone underwater and visited the Great Barrier Reef (2000).

Here is a video about the Olympic flame.