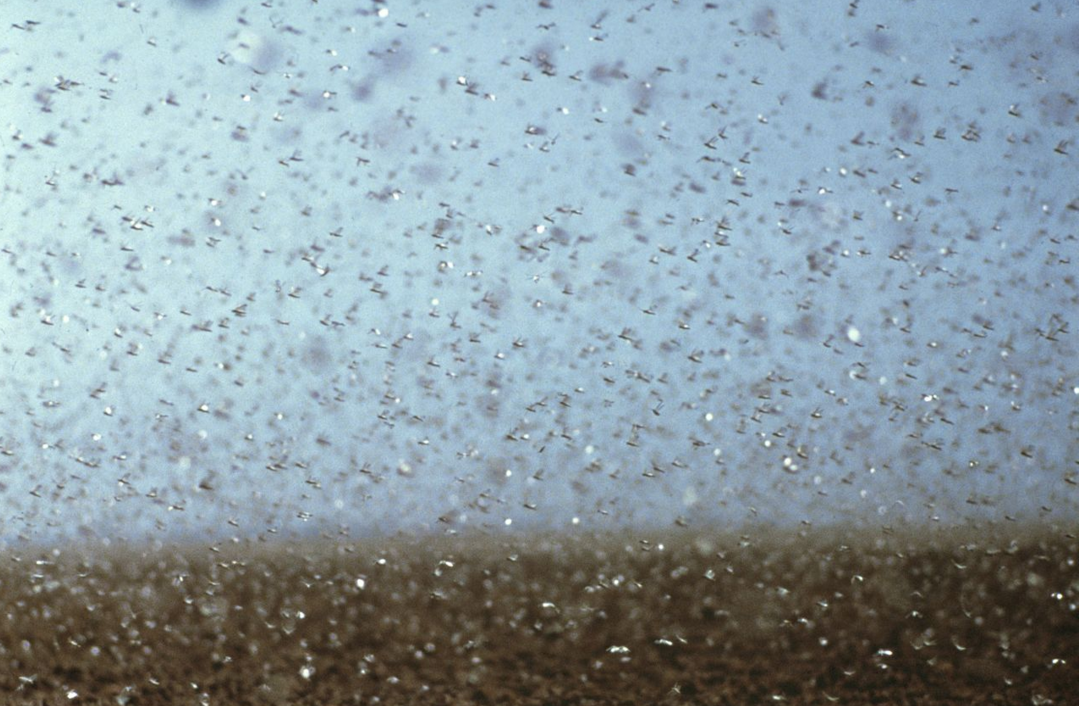 It looks like the attack of the locusts in some parts of Argentina. A large number of locusts are flying around. Locusts are insects that chomp on plants and can even wipe out fields of crops. The people in the country are fearful that the locusts will destroy their sunflower and cotton crop along with their grasslands (which are needed by animals for grazing). The country’s government is spraying pesticides in an effort to reduce the numbers of these insects. Young locusts are not able to fly, and pesticide can kill them before they start zooming around destroying crop. Here is a video about them.

Argentina’s Ushuaia is one of the southernmost towns in the world.