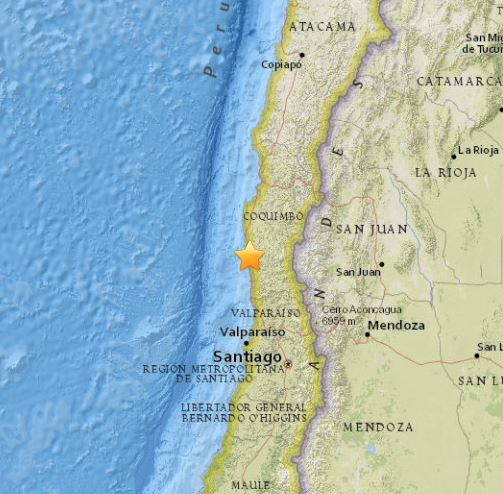 On September 16, a big earthquake struck off the coast of Chile about 160 miles (260 km) north-west of the country’s capital city Santiago. It had a magnitude of 8.3 on the Richter scale. Buildings shook in areas as far away as Santiago and in the neighboring country of Argentina.

Chile gets a lot of earthquakes. The largest recorded earthquake in the world was a magnitude 9.5, also in Chile in 1960. The magnitude of an earthquake is measured on the Richter scale, and is determined by how much the earth shakes. Here is a list by the United States Geological Survey of the world’s ten largest earthquakes recorded since 1900.

Chile is one of the world’s largest copper producers. Here are two videos, one about earthquakes and the other about copper.