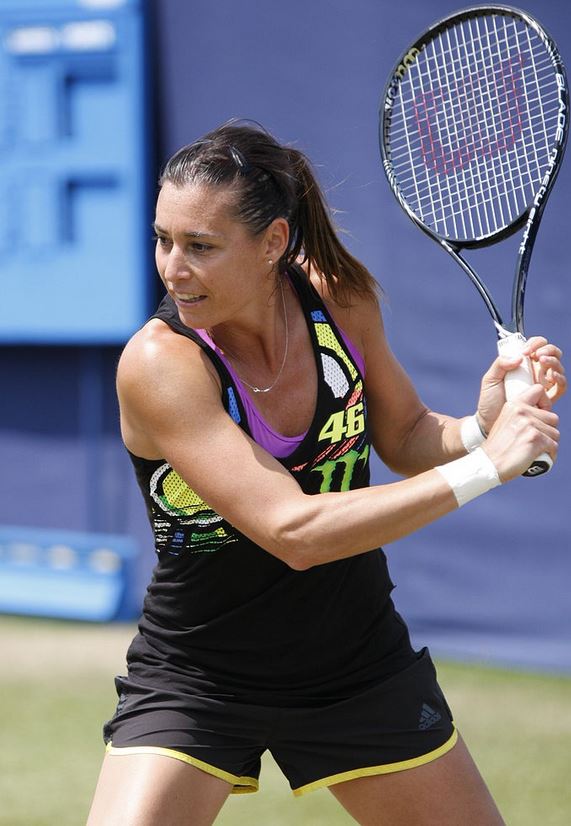 Flavia Pennetta  (from Italy, image) beat Roberta Vinci (also from Italy) to win the women’s singles title making it her first Grand Slam title. The women’s doubles was won by Sania Mirza (from India) and Martina Hingis (from Switzerland). Nicolas Mahut (from France) and Pierre-Hugues Herbert (from France) won the men’s doubles. There were other winners as well. You can see the winners in the videohere.

Why is tennis a noisy game? Because each player raises a racket. 🙂