United Kingdom’s Prince William and his wife, Kate, had a baby girl on May 2. Prince William and Kate are known as “the Duke and Duchess of Cambridge”, and their daughter will be known as “Princess of Cambridge”. The baby is fourth in line to become the Monarch of the United Kingdom. The baby’s great-grandmother, Elizabeth II, is the current Queen of the country. The baby’s grandfather, Prince Charles, is next in line, followed by the baby’s father. Next is the baby’s older brother, 21-month-old Prince George, and then the baby. The baby has been named Charlotte Elizabeth Diana. 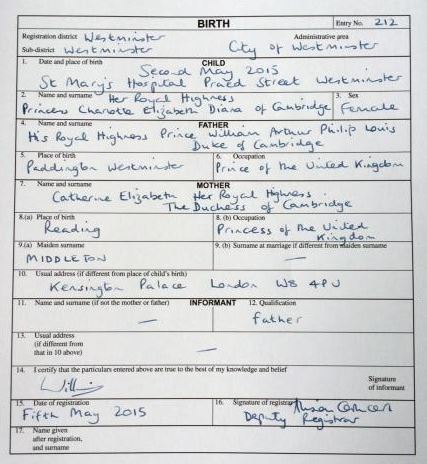