Schools in Sierra Leone have opened up after being closed for about 9 months. They were shut down by the government in efforts to stop a disease called Ebola from spreading.

There has been an Ebola outbreak in some West African countries. The Ebola outbreak was first reported in March 2014 in Guinea. The disease spread rapidly, and the worst affected nations have been Guinea, Liberia, and Sierra Leone. Over 10,000 people have died, and most of them were in these three nations. Many countries’ governments and international organizations have worked to help the people with the disease and also to stop the disease from spreading. The governments of Guinea, Liberia, and Sierra Leone all shut down schools last year in trying to control the disease. 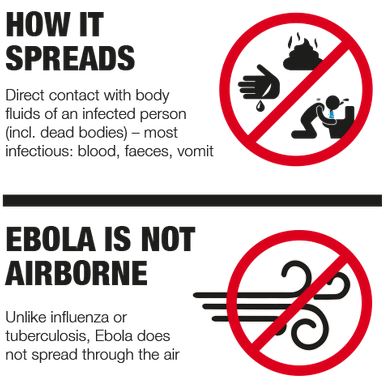 Ebola virus disease (EVD)  is caused by the ebola virus which can be transmitted to humans from animals who have the virus (such as fruit bats). The infection can then be passed on from one person to the other through blood, sweat, and other bodily fluids.

Since the disease was infectious, people avoided going to crowded places. When the outbreak started, there was no known cure for it. Today, there are still no licensed Ebola vaccines, but there are a couple of vaccines that are being examined.

While the outbreak is still ongoing, the number of people infected with the disease has gone down significantly. People still have to be careful, but life is becoming more normal in these nations. Schools opened in Guinea in January, followed by Liberia in February.

Freetown is the capital of Sierra Leone. It was founded in 1792 as a place to live mainly for freed African-American slaves. Other freed African slaves were also sent there, and hence the name “Freetown”.

There is a video about Ebola and another about bats transmitting disease. You can watch them here.