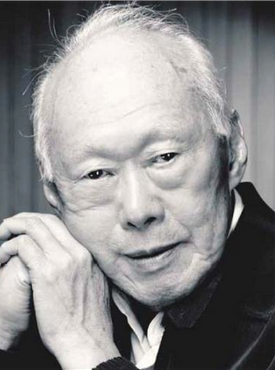 Singapore’s first prime minister passed away on March 23 due to illness. Lee Kuan Yew was 91 years old and was called by many as the country’s “founding father”. He governed Singapore for three decades until 1990.

Singapore was a British colony and got its independence in 1963. It joined Malaysia for two years, and separated to become an independent country in 1965. It is a teeny tiny country and is a wealthy nation. It falls into one of the top ten countries in the world if you look at the per capita GDP. (The GDP of a country is the total value of all the products and services that are produced by the companies and the people of that country over a year. Per capita GDP is the GDP per person.) Years ago, many people thought that Singapore would have a hard time surviving as an independent nation. However, the government of Singapore, led by Yew, recognized that its people were its true resource. It invested in the education of its people, while transforming the country into a big transportation and manufacturing hub. Singapore has continued to reinvent itself successfully. Today, it is one of the world’s leading supporters of entrepreneurship – it encourages and funds its citizens to create new companies in various fields of technology and beyond. Many give credit to Yew for Singapore’s standing in the world today.

Many children use “Singapore Math”. It’s a method of teaching mathematical concepts used in schools in Singapore. It has gained popularity around the globe.