On March 23, only cars with licence plates that end in an odd number were allowed on the roads of Paris, France, and its suburbs. There were some exceptions, for instance, all hybrid and electric-powered vehicles were allowed. The government of France was trying to control the air pollution levels which had shot up. The next day, cars with license plates ending in an even number were supposed to have been allowed on the roads. However, the ban was lifted and all cars were allowed. A similar ban had been placed on cars in the city last March as well due to high pollution levels. 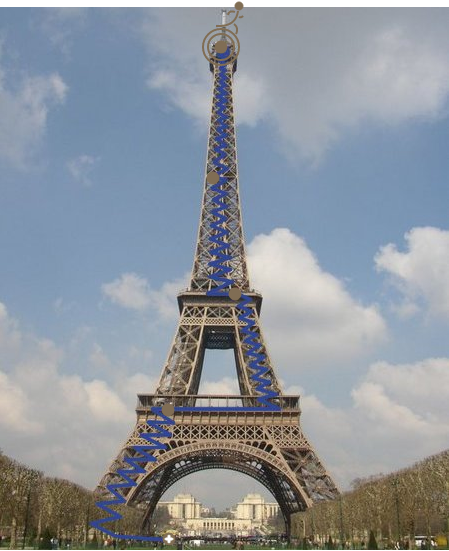 Paris is one of the most visited cities in the world. The Eiffel Tower in Paris is one of the most visited monuments in the world. About 30 million tourists flocked to Paris in 2013. Almost 7 million people visit the Eiffel Tower every year. A fun event took place in Paris on March 20. A race was held to the top of the Eiffel Tower. It was called La Verticale de la Tour Eiffel. FIfty-seven runners participated. They had to go up 1,665 steps. The winner climbed up in 7 minutes and 50 seconds.

The Eiffel Tower was built in 1889. It took 2 years, 2 months, and 5 days to construct it. The Tower is named after Gustave Eiffel, the person who helped build the tower. It is 324 m (1,063 ft) tall, and it was the tallest man-made structure in the world for 41 years. The Chrysler Building in New York, USA stole the title in 1930. The Tower was also used in the early 1900s to transmit military radio signals. Here are 2 videos about the Eiffel Tower.

“Never odd or even” is a palindrome – it spells the same forwards and backwards.