In 2012, a human skeleton was discovered underneath a parking lot in Leicester. Scientists confirmed that the bones which were dug up belonged to one of England’s kings, Richard III. He lived from 1452 to 1485, and was supposed to have been buried in Greyfriars Church in Leicester. However, in the 1500s, the church was broken down. There were also other stories about how his remains were thrown in a river. For all these years, nobody knew where Richard III’s remains were. 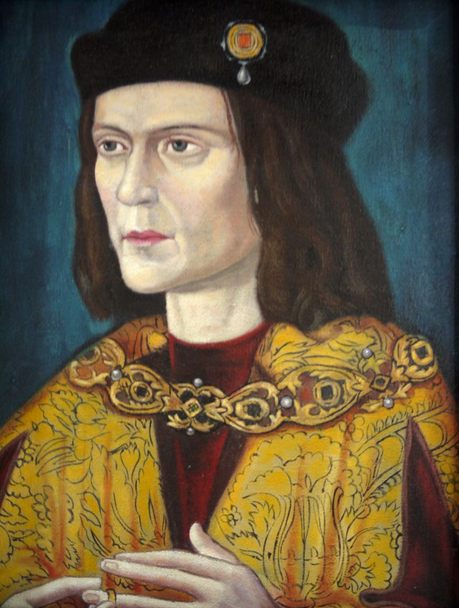 Many years ago, some scientists set out on a mission to find the remains of Richard III. The scientists traced the descendants of Richard III and his family. They found two living descendants (image). You can view how they are related here. One descendant is Wendy Duldig. Michael Ibsen is the other descendant. He is Richard III’s nephew 17 generations later. Ibsen is a Canadian furniture-maker and currently lives in the UK. His family didn’t know about this link, and was surprised when scientists first contacted them to tell them they were related to a King of England. Imagine getting such a phone call! Interestingly, Ibsen was given the task to build the coffin for the remains of Richard III.

Now why did the scientists spend so much time to find relatives of Richard III? In case they found his bones, they wanted to be able to do a DNA match to help confirm that the bones were of Richard III. All living things are made up of cells, and our DNA is stored inside each cell. DNA is a code that makes us who we are. The closer two people are in relationship, the closer their DNA is.

Scientists estimated where the church must have been located at the time of Richard III’s death. It was believed to be in Leicester in a spot where there is now a parking lot. They dug up the lot and found a skeleton there. The bones were analyzed and were dated to the years 1450-1550. The skeleton belonged to a male in his late 20s or early 30s. The skull belonged to somebody who had been hit hard on the head at the time of his death. The spine discovered was curved. The skeleton’s DNA was matched to Richard III’s relatives. All of this convinced the scientists that they had found the skeleton of Richard III.

Here is a video about how the king died.

Here are a few events that took place around the time Richard III lived, which was between the mid to late 1400s. Christopher Columbus, the Italian explorer, sailed to the Americas for the first time from Spain. Guru Nanak, the founder of the religion Sikhism, was born in what today is the town of Nankana Sahib, Pakistan. Nicolaus Copernicus, a Polish astronomer, was born. Copernicus came up with the theory that the Earth revolved around the sun, and not the other way around which was the accepted belief at the time. The Korean alphabet, also known as Hangul, was created. Leonardo da Vinci, the Italian painter, mathematician, sculptor, inventor, and writer, was born the same year as Richard III.