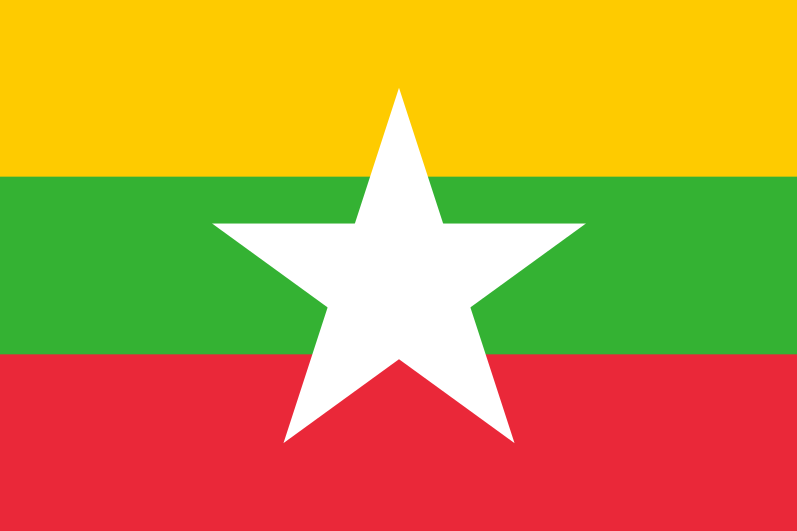 Fighting has broken out in Myanmar’s Kokang region which is in the northeastern part of the country at the border with China. A rebel group is battling Myanmar’s army. The group wants greater self-government in the area. Thousands of people have fled their homes to avoid the fighting.

Myanmar, known as Burma until 1989, got its independence from the United Kingdom in 1948. From 1962 until 2010, Myanmar was ruled by military governments. In the last few years, Myanmar has been going through changes and is moving towards becoming a more democratic nation. A new government was elected in 2010. The national anthem and flag were changed, and even the official name of the country was changed from “Union of Myanmar” to “Republic of the Union of Myanmar”. In 2012, newspapers were finally allowed to print articles without needing government approval. The country officially held a New Year’s countdown for the very first time in December 2012.

The capital of Myanmar is Naypyidaw and the largest city is Yangon. The official language of the country is Burmese and its currency is the kyat. 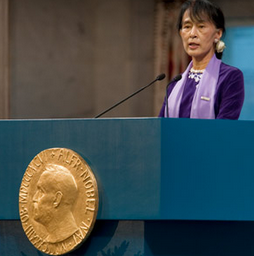 A very famous Burmese leader is Aung San Suu Kyi (image). She is 69 years old and has spent a good part of her life protesting the military regime that was ruling Myanmar. In 1990, government elections were held and Suu Kyi’s political party was the winner. However, the military government that was ruling at the time refused to accept the election results, and did not step down. Suu Kyi peacefully protested the military regime. Between 1990 and 2010, she spent about 15 of the 20 years under house arrest (a prisoner in her own home). She was released from house arrest after the elections in 2010. Since then, she’s been allowed to join her political party and she even won a parliamentary seat. Suu Kyi was listed as one of the world’s 100 most powerful women in 2014 by the magazine Forbes.

Suu Kyi was awarded the Nobel Peace Prize in 1991. In 2012, she made a trip to Norway to accept her prize. One of the quotes about Suu Kyi was that she was “an outstanding example of the power of the powerless”. You often see Suu Kyi with flowers in her hair and wearing a longyi, a traditional Burmese wrap-around.

When Suu Kyi was released in 2010, she had spent 7 years in her home with very little communication with the rest of the world. The things that really surprised her when she got out were the fancy cell phones and the Internet.