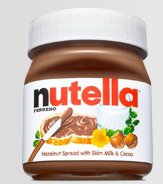 A couple in France wanted to name their baby girl “Nutella”. However, a judge at a French court disallowed it. The judge said that the child might be picked on because her name would be the same as the popular hazelnut chocolate spread. Therefore, the name was rejected. The baby’s parents weren’t present at the court hearing, so the judge went ahead and renamed her to “Ella”.

French parents are free to name their children. However, the French court can step in if officials think the name can be embarrassing for the child or is offensive. If this sounds restrictive, it was much worse until some years ago. Before 1993, French parents had to select names from an acceptable list of names.

France isn’t the only country that disallows certain names for children. Iceland, Sweden, New Zealand, Japan, China, and Malaysia are some of the nations that have restricted certain names. Here are some names that parents tried to name their kids, and were rejected: Talula Does The Hula From Hawaii (New Zealand), Brfxxccxxmnpcccclllmmnprxvclmnckssqlbb11116 (Sweden),  Fish and Chips (for twins, New Zealand), @ (China), and Akuma (meaning “devil”, Japan).

Here is a video with some more banned names.

Nutella was created in the 1940s by a pastry maker in Italy.

“What’s in a name?” is the start of a very famous quote from William Shakespeare’s play Romeo and Juliet. The quote is as follows: “What’s in a name? That which we call a rose by any other name would smell as sweet.”