Tom Thabane, the prime minister of Lesotho, fled to South Africa on August 30 because some folks in the military surrounded his home and took weapons away from the police. According to Thabane, it was the military’s attempt to overthrow him. The military denies this, and Thabane has now returned back to Lesotho. 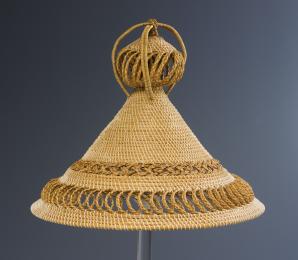 Lesotho is a small country in southern Africa surrounded completely by the nation of South Africa. The country got its independence from the United Kingdom in 1966. Lesotho is a mountainous nation at a high altitude. The lowest point is 1,400 meters (about 4,500 feet) above sea level. Since the nation is so high up, it has been given the title “kingdom in the sky”. The official languages are Sesotho and English. The country’s head of government is the prime minister. One of Lesotho’s main natural resources and sources of income is water, which is referred to as ‘white gold’ by the locals. A national symbol is the Basotho hat (image), which is also seen on the country’s flag. Basotho means ‘people of Lesotho’. Maseru is the capital of Lesotho.

The dinosaur Lesothosaurus was named after Lesotho since its bones were first discovered here. The Lesothosaurus lived over 200 million years ago, was about a meter long, ate plants, and walked on two feet.