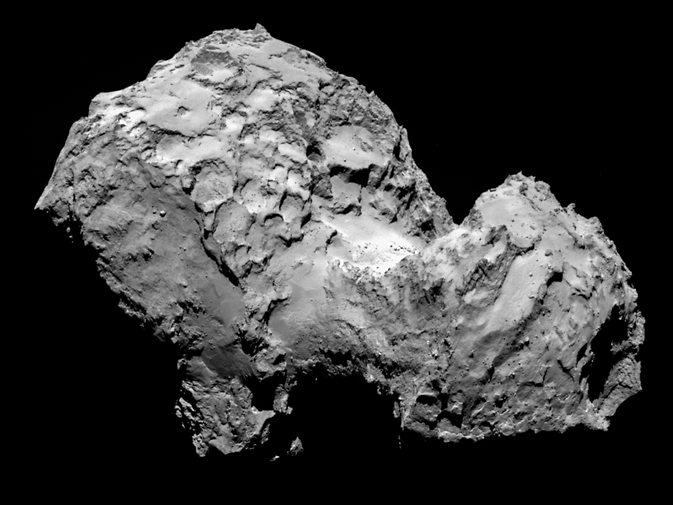 After travelling for over 10 years, European Space Agency’s spacecraft Rosetta reached comet 67P/Churyumov-Gerasimenko (image) on August 6. Over the next few months, Rosetta will orbit the comet. It will study the comet and figure out a good landing spot on the comet. Rosetta has a robot lander called Philae which will make a trip down to the comet’s surface later this year. A comet is a large ball of frozen gases, rock, and dust that orbits our sun. Here are two videos about Rosetta and Philae.