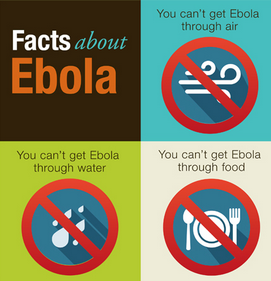 There has been an outbreak of the Ebola virus disease (EVD) in some West African countries. The first cases of people infected with the disease were reported in Guinea in March. The disease has spread to people living in Liberia, Sierra Leone, and Nigeria. EVD is a very serious disease and may lead to a person dying. There is no known cure for it. It is caused by the ebola virus which can be transmitted to humans from animals who have the virus (such as fruit bats). The infection can then be passed on from one person to the other through blood, sweat, and other bodily fluids. Over 1,700 cases have been reported and almost a thousand people have died. Many countries’ governments and international organizations are working to help the people with the disease and also to stop the disease from spreading. The government of Liberia is shutting down schools for some time. Here are two videos about the Ebola virus.

Part of the land Liberia is on was purchased by a group of people in the United States in the early 1800s. Freed African-American and Caribbean slaves were sent there to live, which is how “Liberia” got its name (from liberty, meaning freedom). The flag of Liberia (image) has some similarities with the flag of the United States.

Freetown is the capital of Sierra Leone. It was founded in 1792 as a place to live mainly for freed African-American slaves. Other freed African slaves were also sent there, and hence the name “Freetown”.