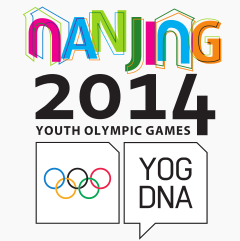 The Olympic torch for the Summer Youth Games was lit at a ceremony in Olympia, Greece in April (image). The first part of the torch relay was virtual. Folks had to download the app on their devices. They could pass the flame to their friends by touching their devices together. This was followed by a short physical torch relay in Nanjing.

Nanjing is located in Eastern China. It is famous for paper cut art (image).

You can follow the games here. Here is a video showing some of the highlights from the opening ceremony of the Games. Here is a tutorial on cutting a paper flower.