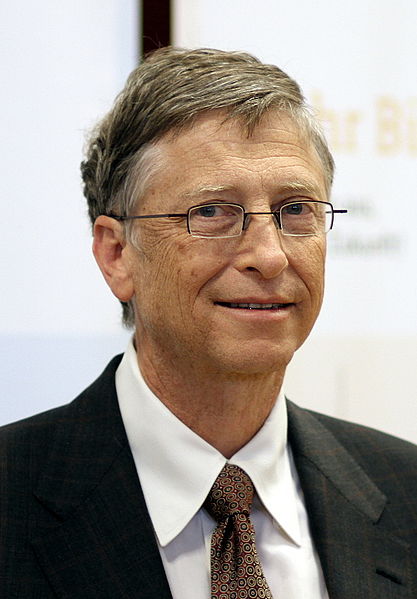 Forbes, an American magazine, comes out with a list of the world’s richest people every year. The richest person in the world is Bill Gates, an American who co-founded the software company Microsoft and runs the Bill & Melinda Gates Foundation. He is worth US$76 billion. Carlos Slim Helu, a Mexican in the telecommunications industry, was bumped to the number 2 spot. He had held the number 1 spot for the last four years. He is now worth US$72 billion. Amancio Ortega, the Spanish founder of the Zara fashion brand, holds the third place with US$64 billion. Last year, there were 1,426 billionaires (in US dollars) in the world. This year, the number has gone up to 1,645. The United States has the largest number with 492, followed by China (152), and Russia (111). A few countries (such as Uganda, Tanzania, and Algeria) have billionaires (in US dollars) for the first time this year. The youngest billionaire is Perenna Kei, a 24-year-old Chinese woman. You can view the complete list of the billionaires here

The Bill & Melinda Gates Foundation focuses on helping people around the globe by reducing poverty and improving healthcare and education. Here is a video about Bill Gates.