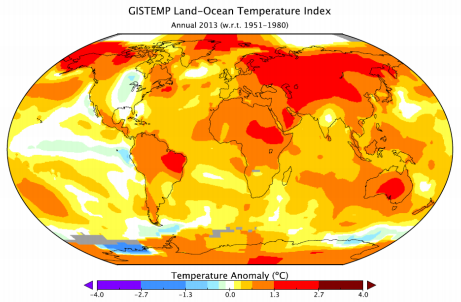 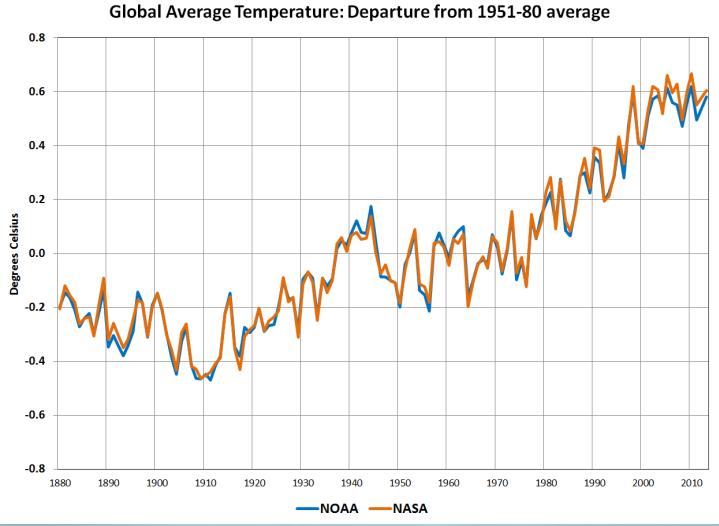 Earth’s average global temperature has increased by about 0.8°C (1.4°F ) over the last 134 years. Many scientists believe that the Earth has gotten warmer because of an increase in greenhouse gases created by some of our activities. Carbon dioxide and a few other gases such as methane, ozone, and nitrous oxide are called greenhouse gases because they help create something called “the greenhouse effect”. This is what keeps the Earth warm – without these gases, our planet would have been much colder. However, human activity has now driven up the production of these greenhouse gases. For example, when our car runs on petrol, it is producing carbon dioxide. When our computer runs at home, it needs electricity, which we get from a power plant. Many of the power plants burn fossil fuels, and that in turn produces more carbon dioxide. For comparison purposes, the carbon dioxide level in the atmosphere was about 285 parts per million in 1880 and now is over 400 parts per million. The larger amount of greenhouse gases is making our planet warmer than its usual state, causing global warming.

Here are two videos, one about global warming and one about things to watch out for in our skies.