As of January 13, India has been polio-free for three years, which means that there have been no new cases of polio seen in the country.

Polio, also known as poliomyelitis, is a very infectious viral disease that is spread from person to person. The disease can lead to problems in the limbs where a person cannot move certain parts of the body. It can cause breathing problems, and even lead to death. The people who are most affected by polio are children under the age of 5. There is no cure for the disease, but polio can be prevented if kids are given vaccines for it.

The polio virus cannot live for a long period of time outside a human body. The virus needs a human who has not been vaccinated. Therefore, if all of the world’s children are vaccinated for polio, we can get rid of the disease. The polio vaccine can be given by mouth. This makes it much easier for the vaccine to reach more children because the volunteers giving the vaccine don’t have to be doctors or nurses. 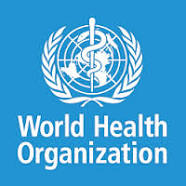 In India, there were up to 100,000 polio cases reported each year between 1978 and 1995. One of India’s biggest challenges was its large population (over a billion people now). Many people did not have access to the polio vaccine, and many others could not afford it. The country’s government, with the help of some organizations, trained 2 million people and sent them all over the nation to vaccinate children.

Polio was a disease that people around the globe feared. It crippled millions of children. The World Health Organization (WHO) set a goal in 1988 to rid the world of polio by vaccinating children. Many organizations have worked with governments of many countries to reach this goal. Today, there are only three countries remaining with polio (Nigeria, Pakistan, and Afghanistan), down from 125 countries in 1988. 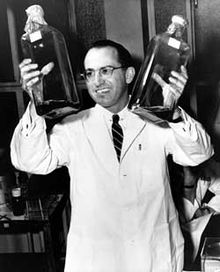 The polio vaccine was invented in 1955 by a team of scientists led by Jonas Salk, an American medical researcher. At the time, there were almost 60,000 polio cases each year in the US alone. Salk was born in the month of October, and to celebrate that, the World Polio Day is held in the same month. Here is a video of the famous soccer player Lionel Messi on World Polio Day. His shirt has the number “99” which indicates that the world has reduced polio by over 99%.

Here is another video about vaccines. The facts quoted about polio in the video are from 2010.

One of the most famous polio patients was the American President Franklin Roosevelt.

The world got rid of the disease smallpox in 1980.