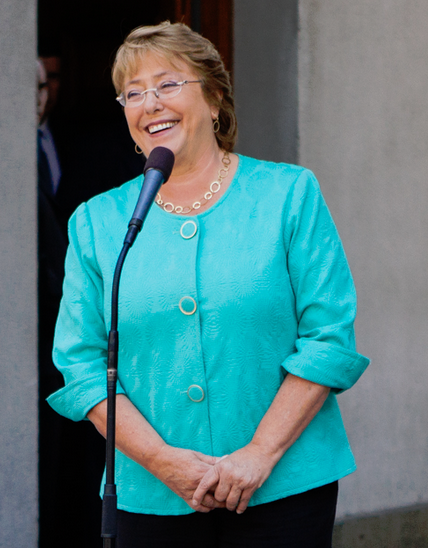 Chile held elections to choose its next president. Michelle Bachelet, Chile’s president from 2006 to 2010, won the elections. Bachelet was Chile’s first female president. According to the Chilean constitution, the same person cannot be president for multiple terms in a row. A new president is elected every four years. Bachelet is 62 years old, and had studied to be a doctor. Chile sort of looks like a chili pepper – it is a long and skinny country. It has a coastline of over 6,000 km (4,000 miles), and is only about 90 km (60 miles) wide. The crater lake of Ojos del Salado, a volcano at the Chile-Argentina border, is the world’s highest lake (at over 6,300 metres or 20,500 feet). Chile is home to one of the driest regions in the world – the Atacama Desert. Santiago is its capital.
Image Credits: http://michellebachelet.cl/ for Bachelet’s image
Sources: http://michellebachelet.cl/, CIA World Factbook, National Geographic, http://www.electionresources.org/cl