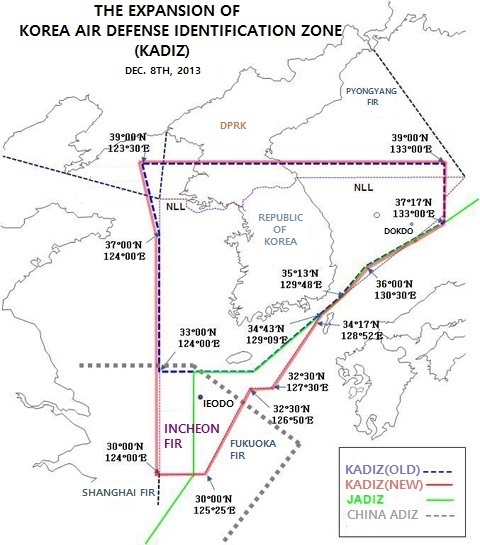 Well, what is an ADIZ? Every country has its national airspace which also can cover some water bodies that surround the country. However, for security purposes, a country needs some time to react if enemy planes enter its airspace. Some countries have created an ADIZ, which is an area in airspace over land or water that can stretch beyond the country’s national airspace. This larger boundary is like an early warning system, and gives a country time to react. Nations define their own ADIZs, and there are no international organizations that control them.