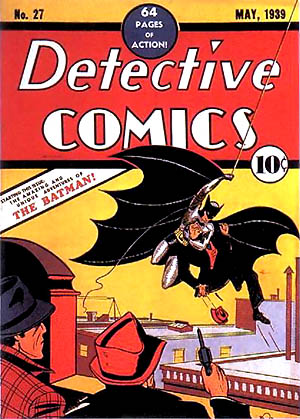 “I wish to be Batkid.”  This was the wish of a 5-year-old American boy named Miles Scott who had been fighting a type of cancer called Leukemia. He made a wish to an organization called Make A Wish Foundation. They helped make it come true!

Batman is a comic book character based in Gotham City. He goes around catching bad people and stopping crime. Batman wears a black cape and drives a car called the Batmobile. Some of his friends are his partner Robin, the police commissioner, and his butler. Some of his enemies are the Riddler, the Joker, and the Penguin. The character Batman first appeared in issue #27 of Detective Comics in May, 1939. 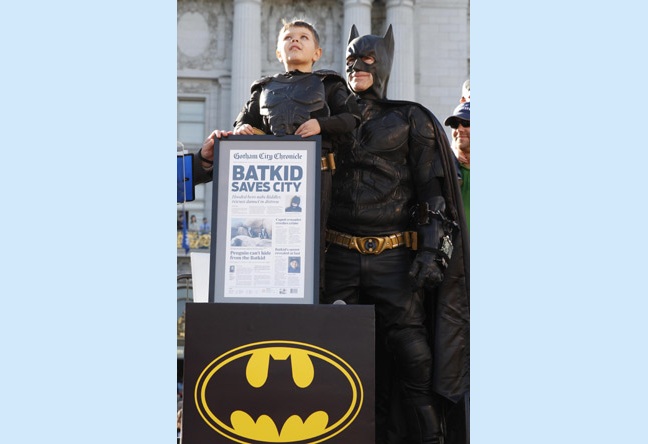 On November 15, the police department, the mayor, and over 10,000 citizens of the city of San Francisco, United States, joined the effort to transform their city into Gotham. Miles took on the role of Batkid and saved a lady, stopped the Riddler from robbing a bank, and stopped Penguin in a kidnapping attempt. Two black Lamborghinis were used as the Batmobile. People gathered and cheered, “Batkid, Batkid!” Even the president of the United States posted a message, “Way to go Miles, way to save Gotham.” You can watch it here.

The reason such a large number of people were able to gather to cheer Batkid was thanks to word spreading about the event through social media websites such as Facebook and Twitter. Interestingly, San Francisco (and the area around it) is famous for being the headquarters of Internet companies such as Twitter, Facebook, and Google.

Miles was diagnosed with Leukemia three years ago, and his treatment ended earlier this year. Make A Wish is an American organization that takes wishes of children with serious illnesses and tries to make their dreams come true. The organization is able to grant the wish of a child every 38 minutes on average.

Here is a video of Batkid in action.