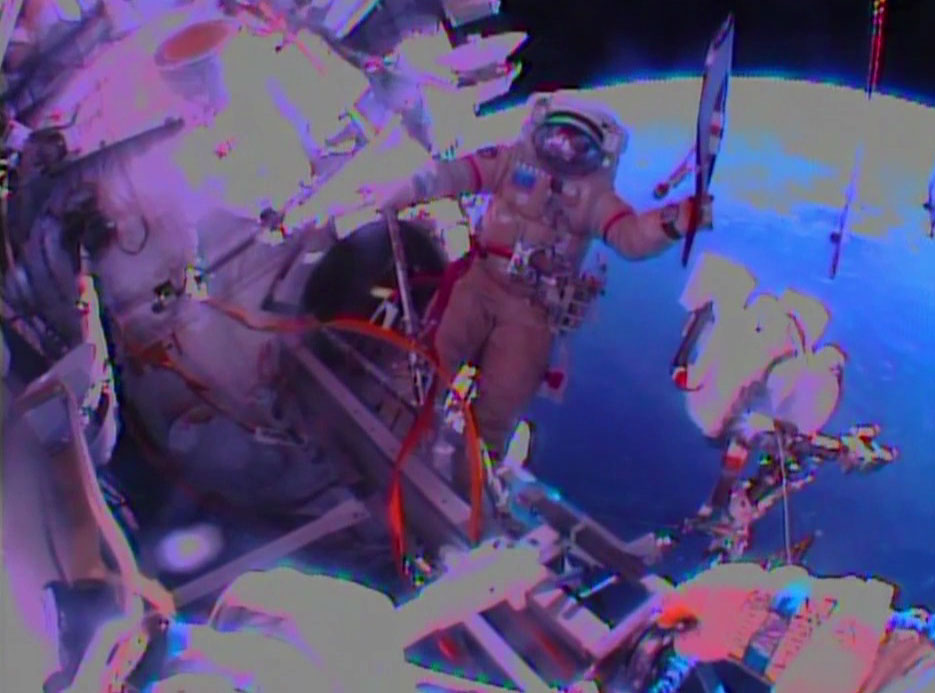 The Sochi 2014 Olympic torch (without the flame) made a 4-day trip to space, and got back to Earth on November 11. It was carried up to the International Space Station (ISS) on a Russian Soyuz spacecraft. A couple of astronauts took it out for a space walk, making it the first Olympic torch to be out in space. Now it will be carried all over Russia before it is brought to the Russian city of Sochi, the venue for the 2014 Winter Olympic Games, for the start of the Games on February 7. The torch will be carried by about 14,000 people covering approximately 65,000 km (40,000 miles). You can follow the torch here. 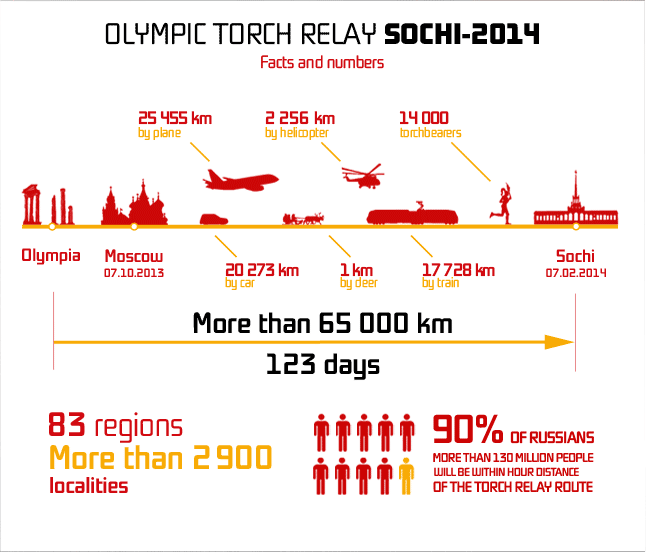 Before each Olympics, the Olympic flame is lit in a torch in Olympia, Greece, the home of the modern Olympics. The Olympic torch is taken around in Greece and then sent to the country hosting the games. The torch is carried through the host country before it reaches the venue of the Games. Carrying the Olympic torch around is a tradition that has been going on since 1936 – the Olympic flame itself was introduced a few years earlier in 1928. The Olympic torch is sometimes transported using means such as planes and boats. It has also been carried on camels, canoes, and even under water. In 2008, it was carried up to the top of Mt. Everest. In 1976, the flame was carried by a radio signal, when it jumped from Greece to Canada using a radio-triggered laser. The Olympic torch has been taken outside Earth before, but this is the first time it was outside a spaceship. 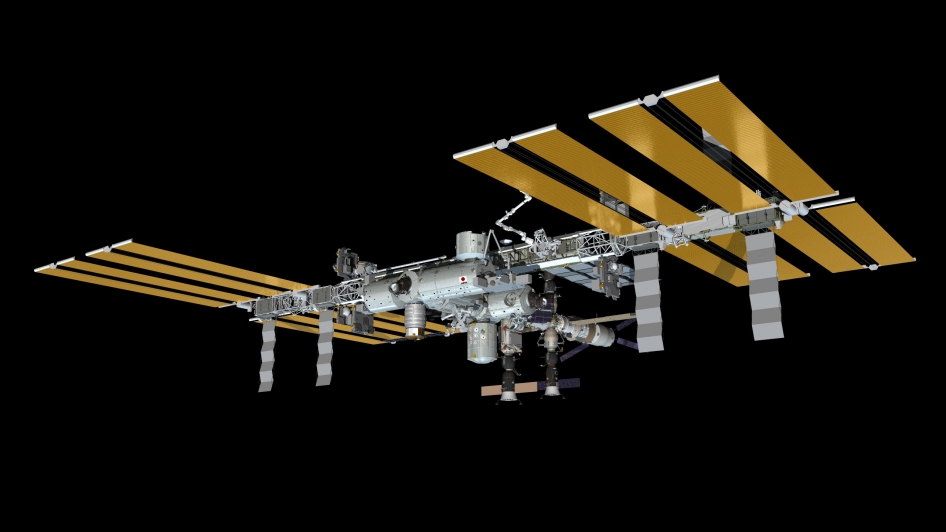 The ISS is a large research facility in space. Work started on it in 1998, and since November, 2000, humans have been continuously living in it.  It is approximately 400 km (250 miles) above Earth’s surface. It goes around Earth once every 90 minutes at a speed of about 28,000 kph (17,500 mph). It can accommodate up to 6 people. The area where the astronauts live is about the size of a five-bedroom home with two bathrooms, a gymnasium, and a 360-degree bay window. It is the largest satellite placed by humans that is orbiting Earth, and is big enough to be spotted from Earth.

You can watch a video of the torch in space here.

You can watch a video about the ISS here.

To promote exercising, a new train ticket machine has been installed at a metro station in Moscow, the capital of Russia. The machine gives a free ticket if a person does 30 squats within two minutes. Here is a video.