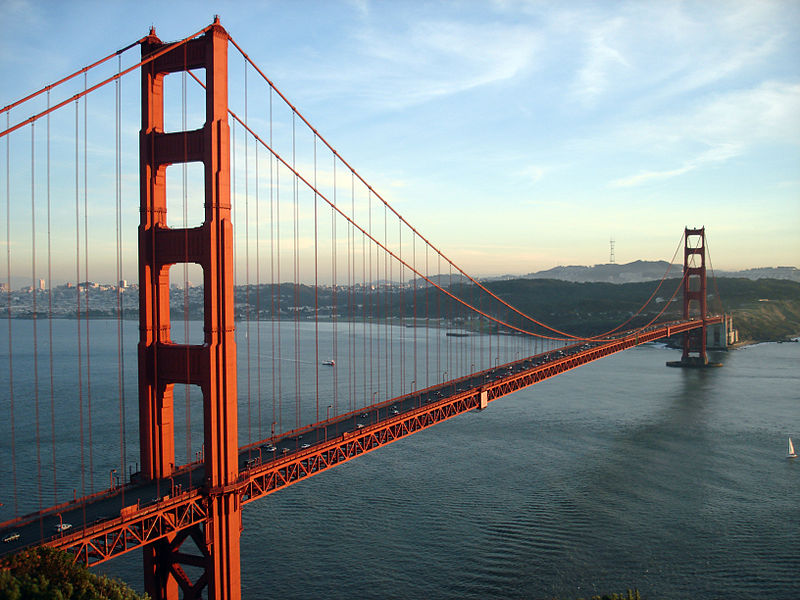 Let’s visit the Golden Gate Bridge! This bridge, in San Francisco,United States, is widely believed to be the most photographed bridge in the world. الفرق المتأهلة ليورو 2024 The bridge, built over the Golden Gate Strait, was completed in 1937, taking over 4 years to build. For more than 25 years, it held the record for the longest suspension bridge in the world. It was also the bridge with the tallest suspension towers for over 60 years! The bridge is about 2.7 km (1.7 miles) long. It uses about 130,000 km (80,000 miles) of cable.

The bridge uses adjustable lanes, so that the number of traffic lanes in either direction can be changed based on traffic needs.

The name “Golden Gate” is often said to be because of the discovery of gold in California, but in reality, it was named so by a US Army captain who was reminded of the Golden Horn harbor of Byzantium.

When the bridge was completed, the chief engineer wrote a song, “The Mighty Task is Done“.

A suspension bridge is one where the weight hangs off cables that transfer the load to the ends of the bridge. These days, most of the world’s longest bridges are suspension bridges. beoutq sports