The Netherlands recently started taking legal action against Russia through an international organization that helps resolve sea-related issues between countries. The Netherlands wants the release of 30 crew members of the Arctic Sunrise. These crew members have been held in Russia for about a month now and are from 18 different countries.

The Arctic Sunrise is a ship owned by an organization called Greenpeace, which has its headquarters in Amsterdam, the capital of the Netherlands. The mission of Greenpeace is to raise awareness about abuse done to our environment and to protect it. 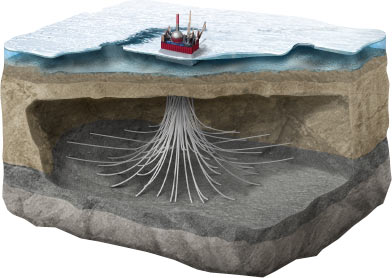 On September 18, some crew members from Greenpeace’s Arctic Sunrise tried to get onto a Russian oil platform located in a sea northwest of Russia in the Arctic region. The oil platform is called the Prirazlomnaya and is a structure that is used to drill wells and extract oil from the ground. Greenpeace’s crew members were protesting against drilling for oil in the Arctic because of its possible harmful effects on the environment there. The Russian security forces captured the crew members and seized the Arctic Sunrise. The ship’s 30 crew members have been charged with piracy (attacking and robbing ships), and are being held in Russia.