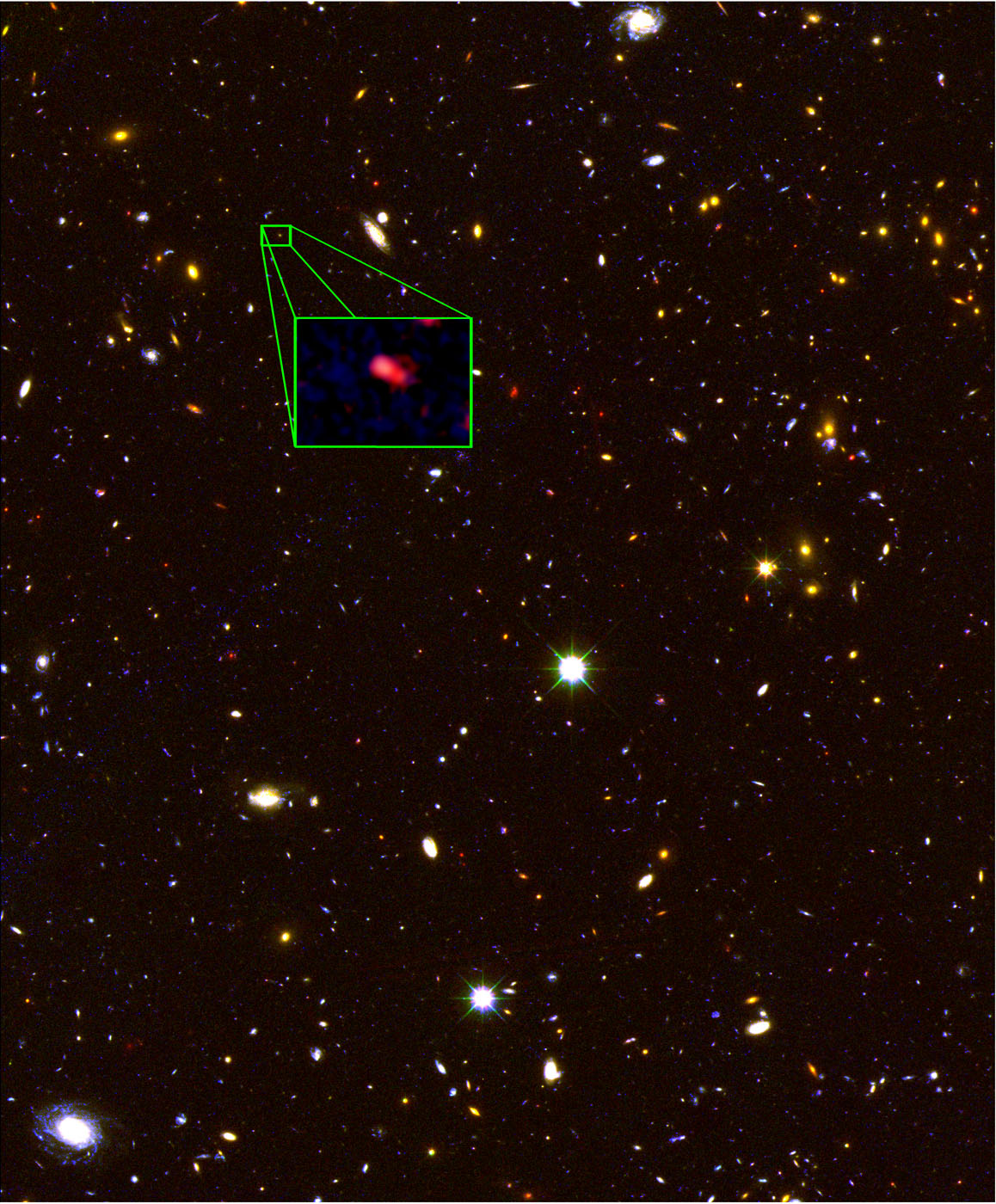 Our universe is enormous. Scientists keep discovering new objects that are further and further away from us. Recently, they confirmed a new galaxy to be the most distant object identified. This galaxy goes by the strange sounding name z8_GND_5296. It was discovered using the Hubble Space Telescope, a telescope in space, and the Keck Observatory in Hawaii, USA. This galaxy is so far away that it took its light about 13.1 billion years to reach us here on Earth. That means the light we are seeing is from 13.1 billion years ago. Our universe is approximately 13.8 billion years old, so this light is from a time when our universe was just 700 million years old.That’s way before Earth existed, since the age of Earth is about 4.5 billion years.

Many scientists believe that our universe was created with a “Big Bang”. The whole universe was inside something smaller than the tip of your pencil! Also, it was really really hot and dense. That little point suddenly expanded and created all the matter in the universe (which, even today, continues to expand).

You can watch three videos, one about z8_GND_5296 and two about the Big Bang here.

The Hubble Space Telescope is named after the American astronomer Edwin Hubble, whose work and discoveries helped support the Belgian astronomer and priest Georges LeMaître’s Big Bang theory of the universe.