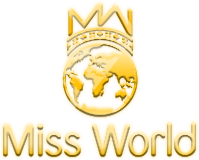 The Miss World 2013 competition was held in Bali, Indonesia, on September 28, and had 127 women competing for the crown. Megan Young, from the Philippines, won the title. The competition was supposed to have been held in Jakarta, the capital of Indonesia, but was moved to Bali. This was because protests were staged in Jakarta by some people who were unhappy with women competing in such beauty contests. Miss World is an annual beauty contest for women that has contestants from around the globe. Some of the other international beauty competitions are Miss Universe and Miss Earth. Miss World started in the United Kingdom in 1951.

Komodo dragons, the heaviest lizards on our planet, come from Indonesia. They can weigh over 130 kg (300 pounds).