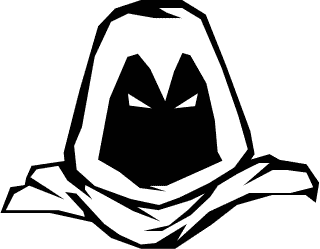 Let’s meet Banksy, a British graffiti artist and movie director. His film “Exit through the Gift Shop” was nominated for the Best Documentary Feature Film at the Academy Awards that took place in 2011. The film did not win the award.

In the movie, you can’t see Banksy’s face since his face is always hidden. He also uses a voice modifier so you can’t hear his real voice. Banksy’s identity is a secret in real life as well. We don’t know who Banksy is, what his real name is, or when he was born. He never allows anybody to photograph him. His true identity is known only to a few of his friends. It is believed that he grew up in Bristol, UK. We know that he has done a lot of graffiti art work on the walls around many cities in the world. Officials of some cities take down his work because they consider it vandalism. He has also sneaked into and hung his artwork in some famous museums, such as the Museum of Modern Art in New York, USA, and the Louvre in Paris, France. His artwork is also sold around the world.