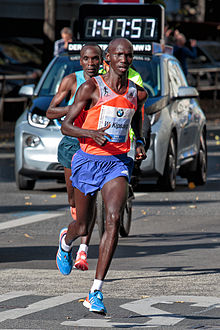 On September 29, a new world record was set by Wilson Kipsang of Kenya while running at the Berlin Marathon in Berlin, the capital of Germany. He ran the 42.195 km (26.2 miles) race in 2 hours, 3 minutes, 23 seconds. He beat the previous world record by 15 seconds, which was set by another Kenyan 2 years ago at the same marathon race. The winner of the women’s race was also a Kenyan. Florence Kiplagat won the marathon in 2 hours, 21 minutes, 13 seconds.

The Berlin Marathon was started in 1974, and is run annually. When the race first began, the city of Berlin was split between two countries and was called East and West Berlin. The marathon race was run in West Berlin. 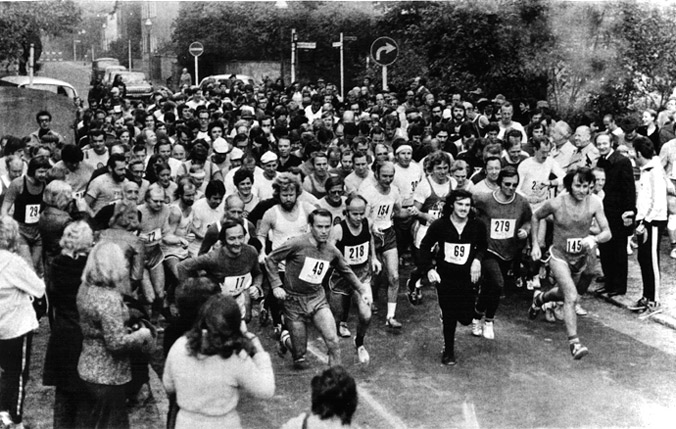 Germany used to be one country, but after World War II, it was divided into two, the German Democratic Republic (East Germany) and the Federal Republic of Germany (West Germany). The city of Berlin was split between the two new nations. East Berlin was the capital of East Germany. The capital of West Germany was a city called Bonn. Initially, people were allowed to move freely between the two parts of Berlin. However, in 1961,  the government of East Germany put up a barbed wire fence that surrounded the city of West Berlin, and people couldn’t move between the two. This fence later became a concrete wall, called the Berlin Wall. The total length of the wall was approximately 100 miles (160 km). Many people tried to escape from East Germany to West Germany across the wall. Some people built tunnels under the wall, some people even got on a hot air balloon to cross over. In 1989, parts of the wall were torn down, and less than a year later, the two Germanies were united back into one. The fall of the Berlin Wall became a very famous incident. 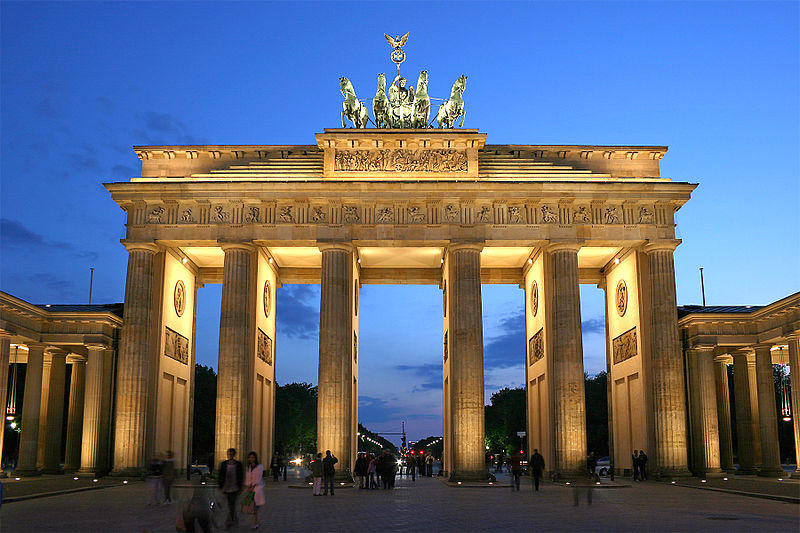 Brandenburg Gate (built in 1791) is a famous landmark of Berlin. When Berlin was split, the Gate was located in East Berlin, and the Berlin Wall ran next to the Gate. For some years, both East and West Germans could not access the Gate. Runners participating in the Berlin Marathon ran through Brandenburg Gate for the first time in 1990.

You can watch part of a famous speech made by the United States President Ronald Reagan in 1987 at the Brandenburg Gate asking for the Berlin Wall to be torn down.

Bonn is the birthplace of the famous German composer Ludwig van Beethoven.