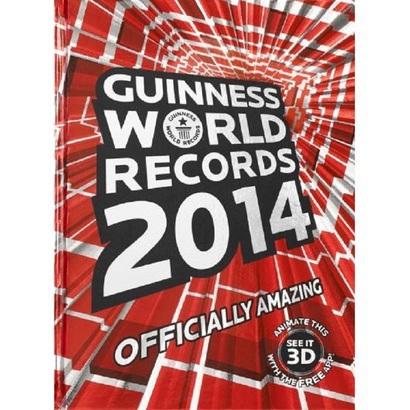 The Guinness World Records 2014 book was recently released, and Guinness World Records announced some of the new records mentioned in this book. A goat in the United States called Happie has set a record for the farthest distance (36 m or 120 ft) skateboarded by a goat. Milly (from Puerto Rico, USA) is the smallest known dog with a height of 9.65 cm (3.8 in). If you are a big Star Wars fan, you should visit Steve Sansweet in the United States. He has collected approximately 300,000 unique Star Wars items. James Brown in the United Kingdom must really like clean floors. He owns 322 models of vacuum cleaners. If you think your two hands aren’t enough to get work done, you should meet Leilani Franco from the United Kingdom and Philippines. She can even use her foot to pick up a tea cup. Here is her video.