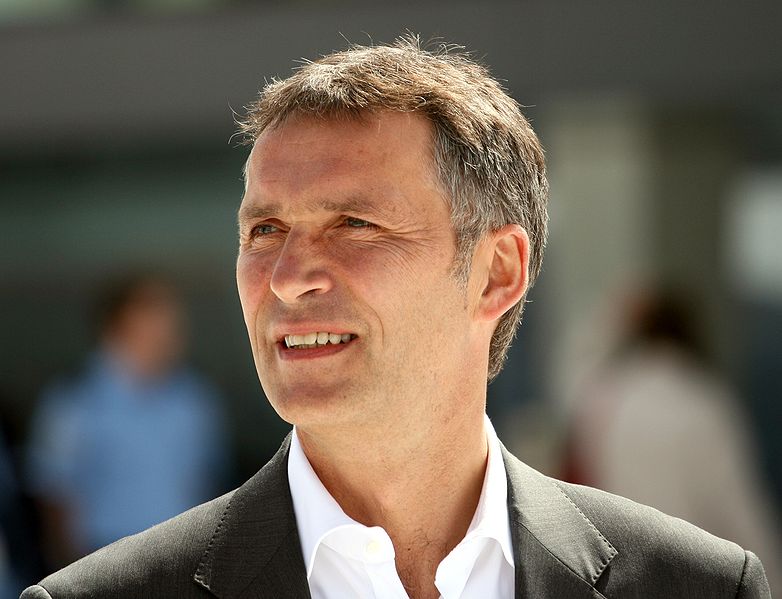 Where do people share their true opinions and views with a stranger? Well, Jens Stoltenberg, the prime minister of Norway, believes that a taxi is one of those places. Stoltenberg put on a taxi driver’s uniform and a pair of sunglasses, and drove a taxi around Oslo, the capital of Norway. He picked up passengers with the intention to hear their views on issues about Norway. Some of them recognized him to be the prime minister during the drive. There was a hidden video camera in the taxi that captured some of the conversations, and recently the video was released. You can watch it here. The conversations are in Norwegian, the language of Norway, but you can read the subtitles.

Norway was part of a union with Sweden, and separated from this union to become an independent country in 1905. It is a scenic country of mountains, waterfalls, glaciers, and lakes. Norway is also known for its fjords. A fjord is a narrow strip of the sea coming inland between steep hills carved by glaciers. The longest fjord in Norway is over 200 km (125 miles) long. You’ll find homes in Norway with grass growing on their roofs (see image). Sometimes you’ll even see a tree or two growing along with the grass.

According to the Internet travel website TripAdvisor, the most expensive city in the world to visit this year is Oslo. A magazine called The Economist published the cost of the Big Mac burgers at McDonald’s in some countries around the globe in July, and the most expensive Big Mac was in Norway costing US $7.51. For comparison, a Big Mac costs US$4.56 in the United States and US$1.50 in India. Since 1986, The Economist has been publishing the cost of Big Macs in a few countries. Here is the Big Mac index for July 2013.

There are two Edvard’s who are very famous Norwegians. One is Edvard Munch, the painter of “The Scream”. The other is Edvard Grieg, the composer of “Morning Mood ”.

Here is a video about Norway.

On August 5, scientists at Maastricht University in the Netherlands presented the world’s first lab grown burger (see image above). The meat used in the burger was made up of cells grown in a laboratory.