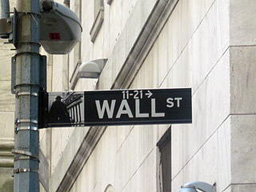 About a month ago, people started protesting near a road named Wall Street in New York City, USA. The protest was called “Occupy Wall Street”. Now there are “Occupy” protests in many other cities across the world! So what are these protests for?

Wall Street is famous because many large American banks and financial institutions have their offices on and around the street. It is an area where a lot of “money” business is done. “Wall Street” is also used as a term to represent the American financial industry.

A few years ago, some American banks and financial companies, in trying to make more money, made some bad choices which got them into trouble. They lost tons of money, and some banks ran out of cash.This led to big problems for the American economy and the economy of several other countries. Many businesses shut down and many people lost their jobs, homes, and savings. The government had to step in and give money to some banks to save them. Since then, the economy has been improving slowly, but many people still don’t have jobs and are struggling financially.

The protests in America have been inspired by protests earlier this year in countries such as Egypt, Tunisia, and Libya. People in these countries were unhappy with their governments. They protested, and brought about changes in the leadership of their countries. 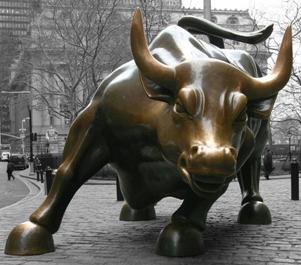 Earlier this year, a Canadian magazine put out an article suggesting that people start a protest in New York City against the large financial institutions, and “occupy Wall Street”. On September 17, some people gathered near Wall Street to protest, and the protests have been going on since.

The “Charging Bull” statue has become a symbol of Wall Street. The artist who created it sneakily left the statue one night in1989 off of Wall Street. It was removed a few hours later, but the citizens of New York City wanted it back. It was placed a few blocks away from Wall Street, and still stands there today.