Syria’s president, Bashar al-Assad, has removed an emergency law that was placed nearly 50 years ago. This emergency law came into effect when the current ruling party took over Syria by military force in 1963. The law took away some rights from Syrian citizens, and placed more power with the government. For example, the government could stop people from holding meetings or from traveling. People could be arrested at anytime if the government thought they could cause a problem. The government could listen in on people’s telephone conversations.

Emergency laws are usually placed during a war or at a time of a disaster. The government claims that the emergency law in Syria had been in effect all these years because Syria’s disagreements with its neighbor Israel had created a war-like situation. Anti-government protests have been going on in Syria since February, and one of the demands of the protesters was the removal of the emergency law.

There have been many anti-government protests in other countries close to Syria. It all started in Tunisia in December, where protests in the country eventually forced the country’s president to step down in January. This inspired people in several neighboring countries to demand changes from their governments as well. 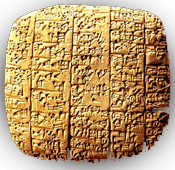 Some of Syria’s cities are considered to be very old. Its capital, Damascus, is one of the oldest continuously inhabited settlements in the world – over four thousand years old! Clay tablets have been found in the country with writing in cuneiform, one of the earliest known writing scripts. Syria was ruled by the Ottoman Empire for 400 hundred years till the breakup of the Empire during World War I. After the war, the French ruled Syria. Syria got its independence in 1946. In 1958, Syria joined Egypt to create a country called the United Arab Republic. In 1961, Egypt and Syria split up.